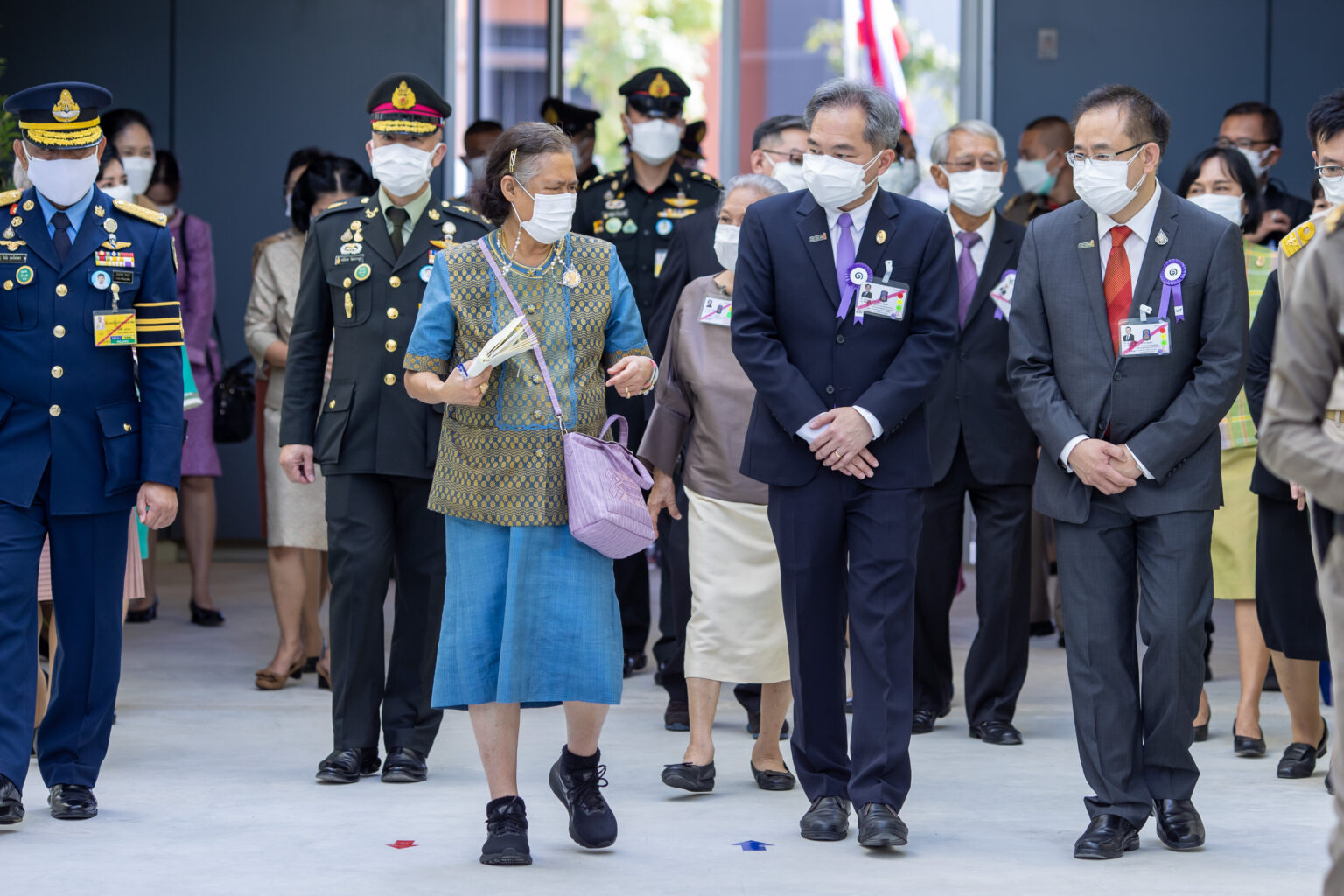 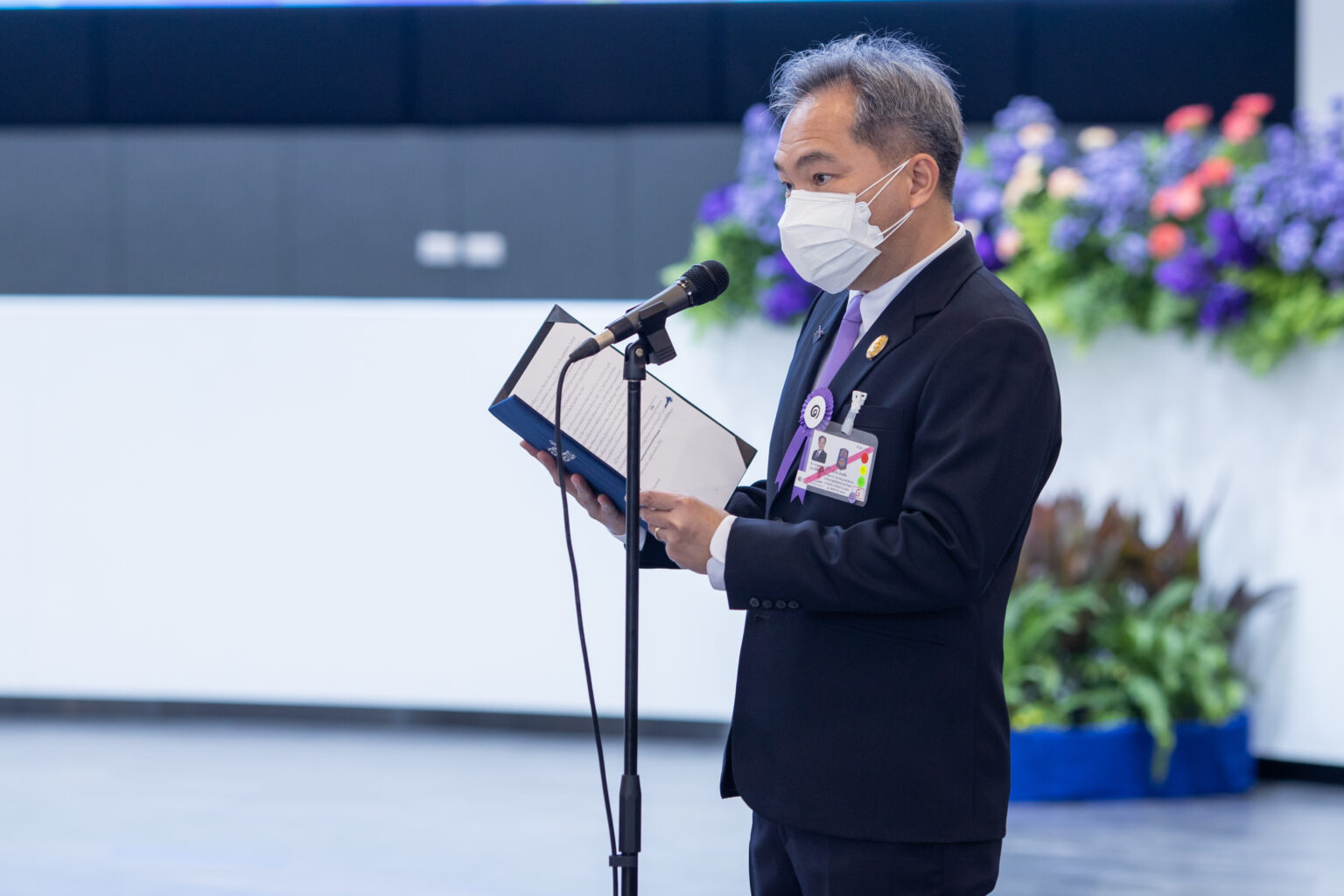 Professor Dr. Sukit Limpijumnong reported the development of EECi that NSTDA was assigned to lead. The EECi is designed to serve as an infrastructure for developing and advancing research and innovation from lab to market with the focus on 6 target industries, namely, 1) modern agriculture and advanced biotechnology, 2) biofuel and biochemical, 3) battery and modern transports 4) automation, robotics, and intelligent electronics, 5) aerospace and aviation, and 6) medical devices. It is the key national science, technology and innovation infrastructure to support the value creation of farm products, the industrial transformation, and the development of future industries. 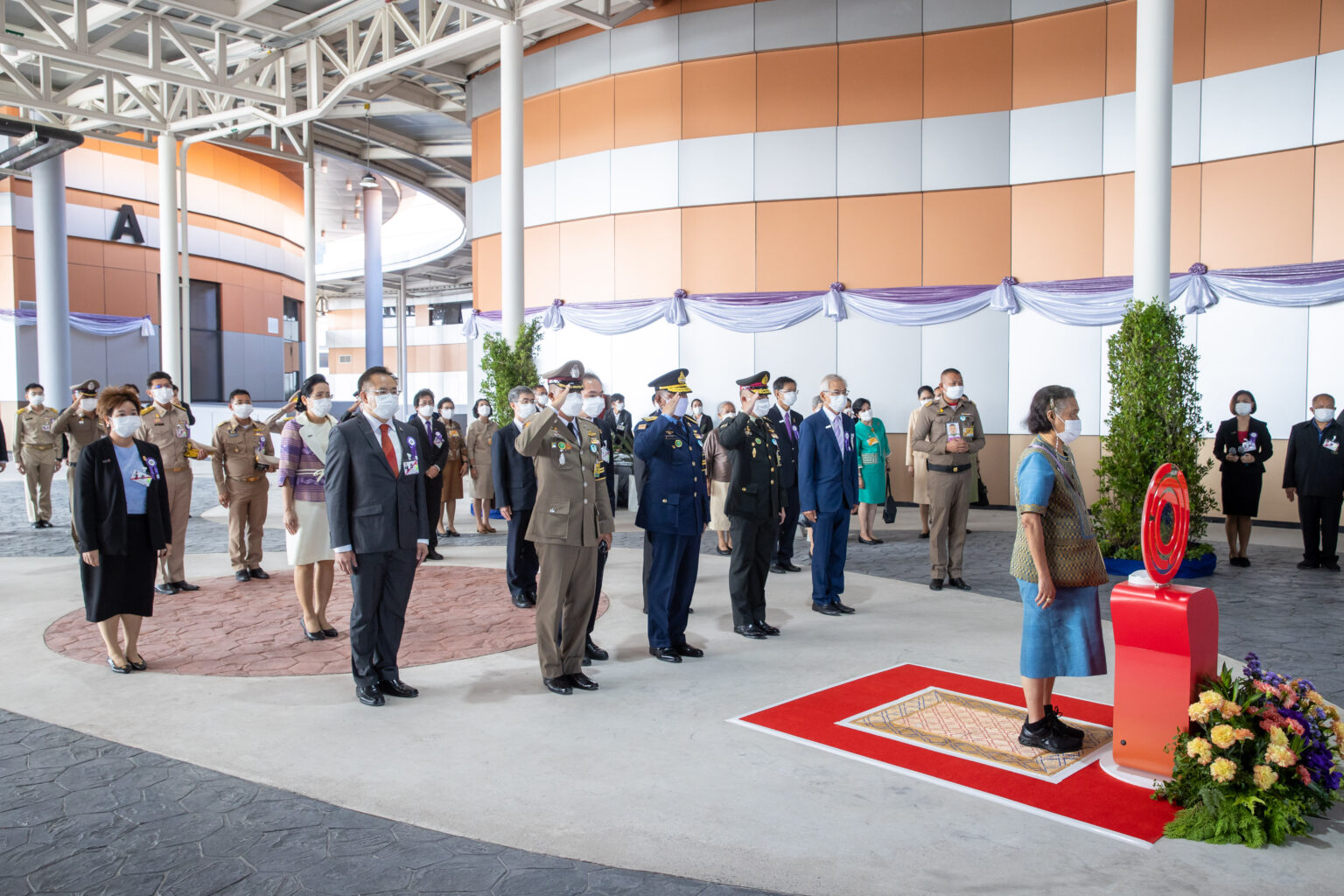 Following the report, Princess Sirindhorn proceeded to 'Innovation Amplifier' to officially open the EECi Headquarters. Innovation Amplifier is a statue symbolizing EECi’s vision “a leading innovation ecosystem in Southeast Asia on which research and innovation are translated into sustainable regional economic development and societal well-being”

The design of Innovation Amplifier is based on ripples - signifying a ripple effect of research and innovation - and the Möbius strip – representing endless development. The connected circles symbolize the collaboration among various sectors to drive research and innovation into practice for sustainable economic growth and people’s wellbeing. 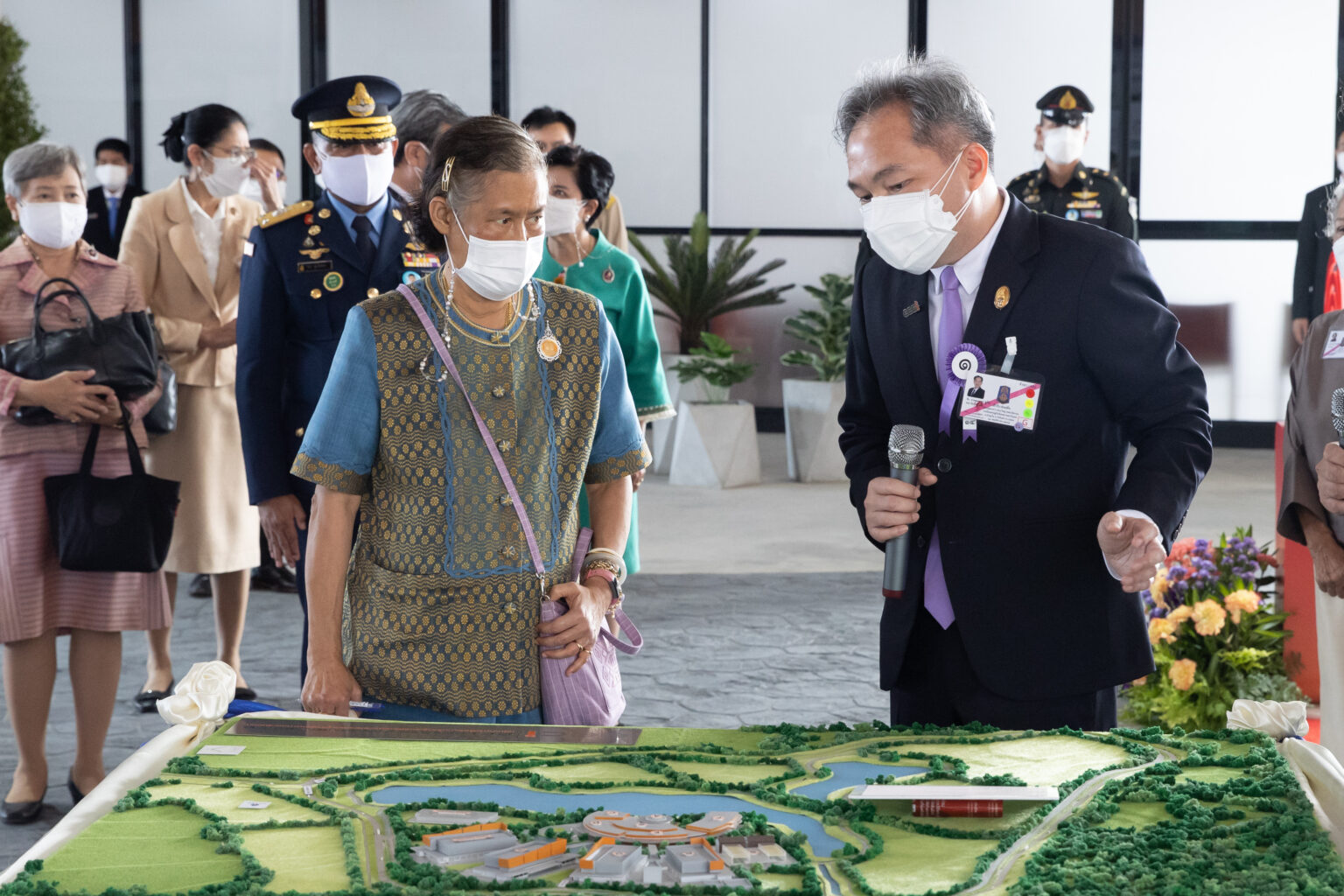 After the opening ceremony, Princess Sirindhorn was led to a tour around EECi. The exhibition set up in the Plaza Hall displays works and projects developed at EECi by various organizations, including NSTDA, the Eastern Economic Corridor Office of Thailand (EECO), PTT Public Company Limited, Bio Base Europe Pilot Plant VZW, the Department of Science Service (DSS), and Synchrotron Light Research Institute (Public Organization). 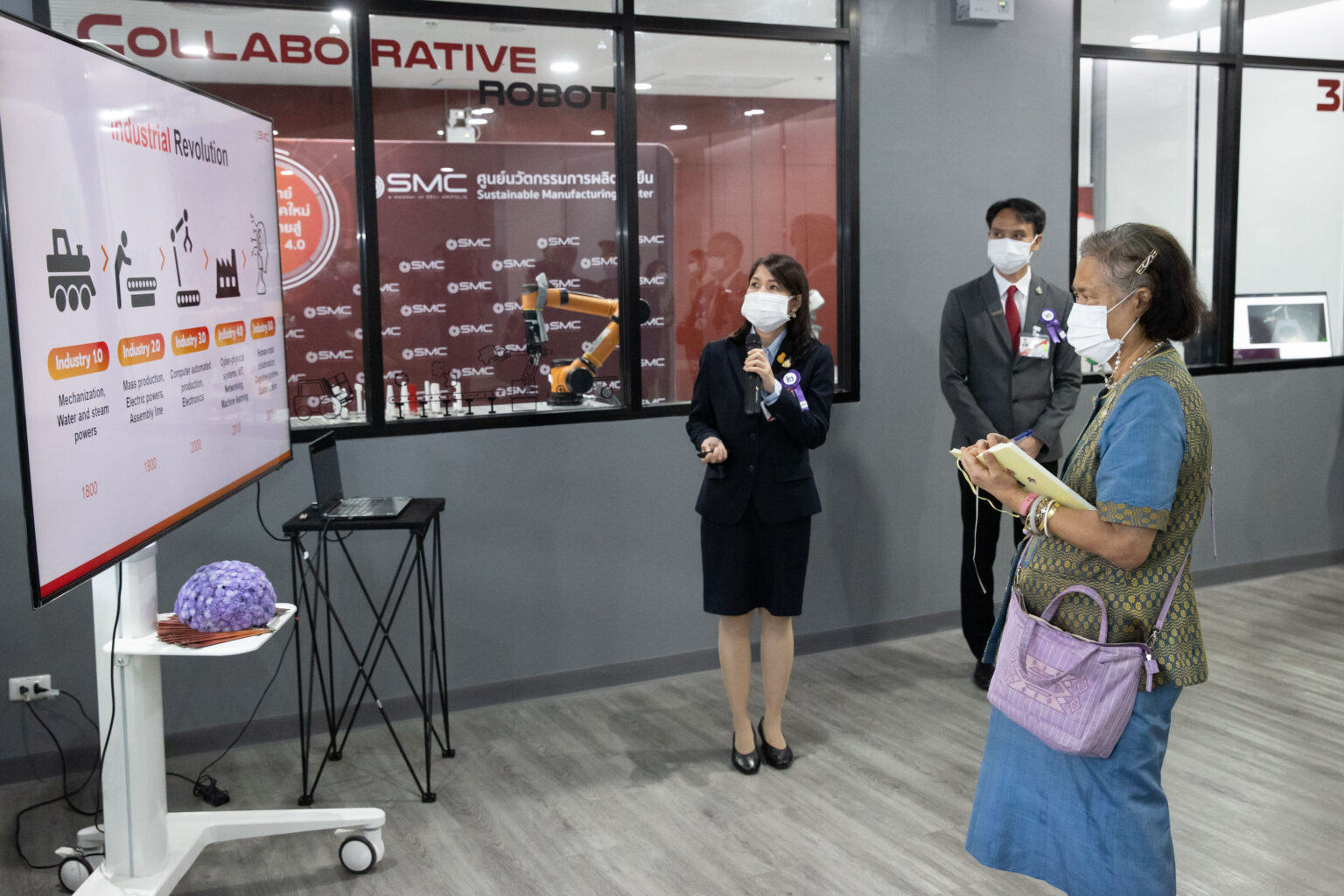 The next part of the tour was the Sustainable Manufacturing Center (SMC), a part of EECi Automation, Robotics, and Intelligent Systems (EECi ARIPOLIS). The main mission of SMC is to support the Industry 4.0 transformation of Thai industry and enhance its competitiveness by providing human resources, manufacturing technology knowledge, and services to manufacturers. 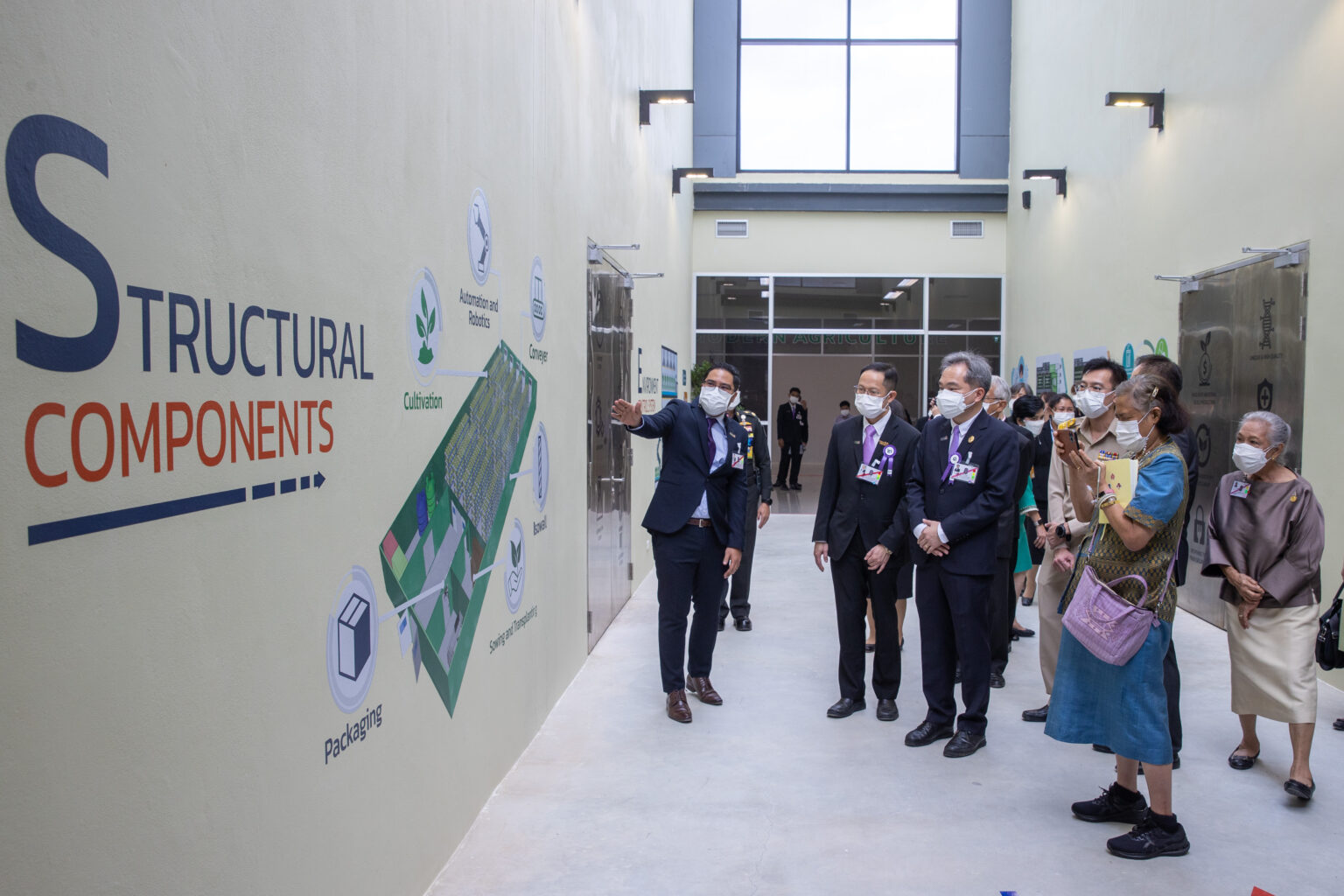 Greenhouse building, a part of EECi BIOPOLIS, is a research facility for plant science. The facility supports experimental studies of medicinal plants such as Andrographis paniculata, Centella asiatica, turmeric, and black ginger to develop commercial-scale production of these high-value crops.

EECi is designed to bridge the gap between research and commercialization by offering facilities and services for translational research and technology localization. 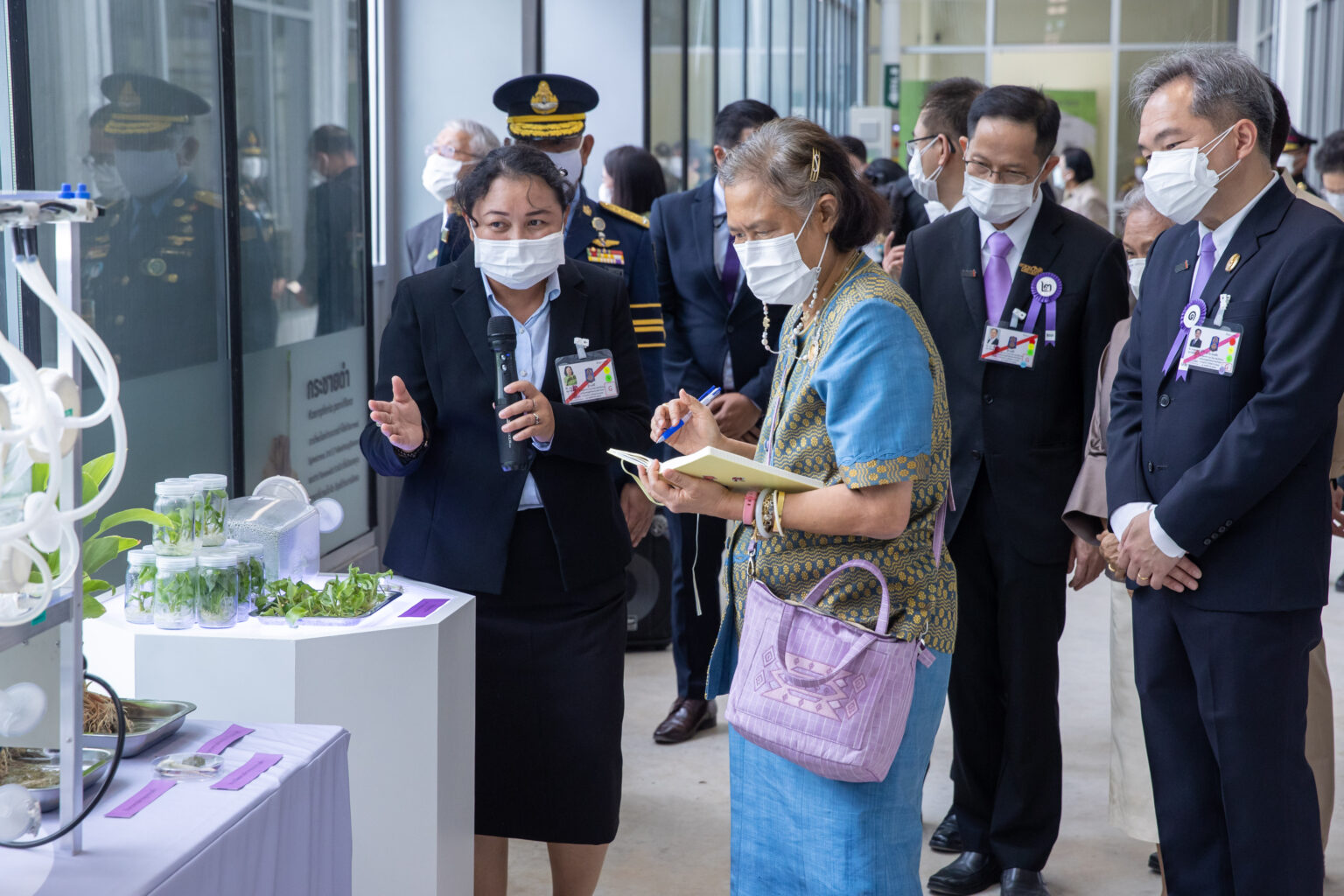 EECi Headquarters has a 40,000 sq. m. working space. Its groundbreaking ceremony presided over by Prime Minister General Prayut Chan-o-cha took place on 27 February 2019. Facilities to be open for business in 2022 include Sustainable Manufacturing Center (SMC), and smart greenhouses, whereas Phenomics Greenhouse, Plant Factory, Biorefinery Pilot Plant, and Alternative Battery Pilot Plant will be ready in the following years. 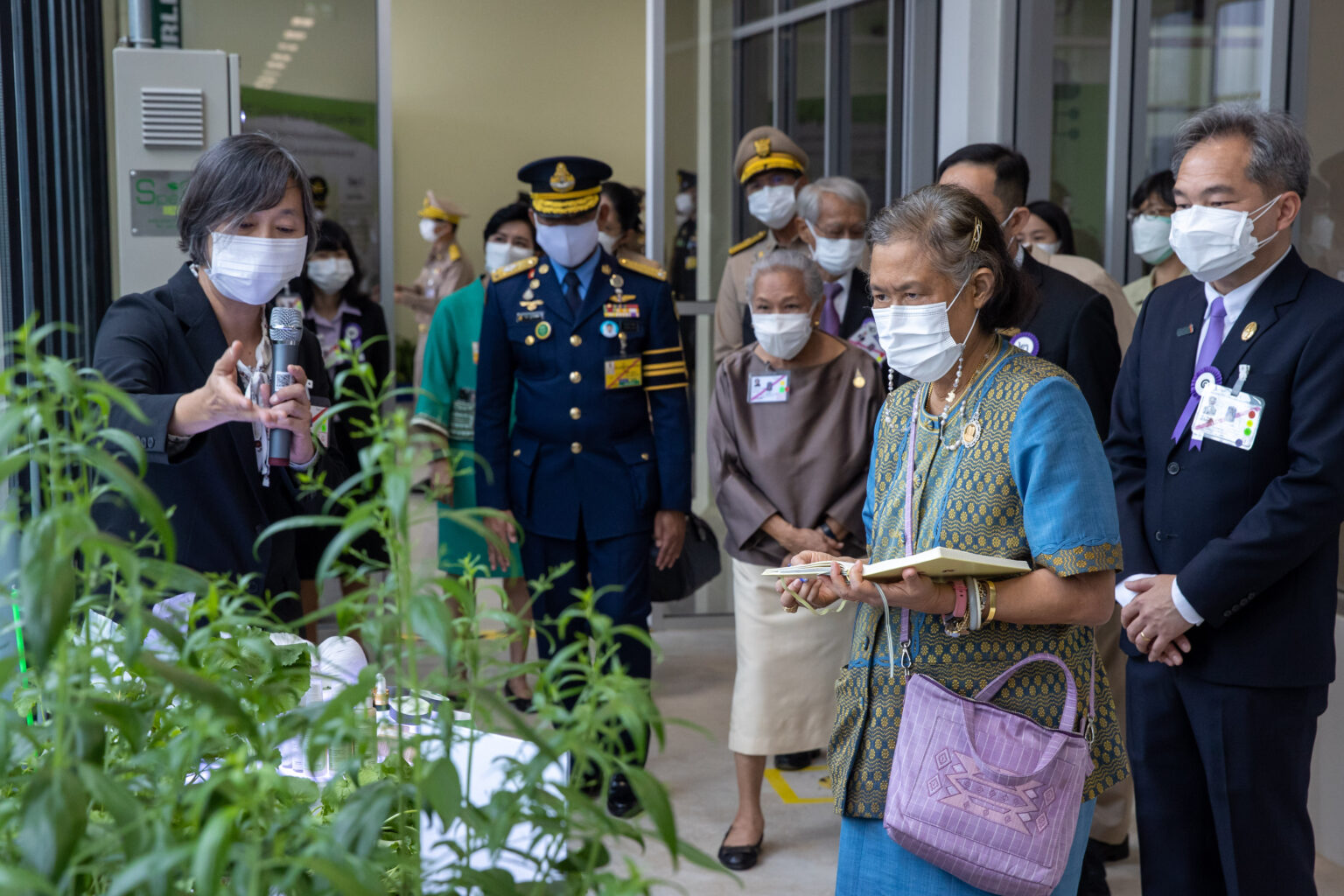