NSTDA and partner organizations recently organized an event presenting golden shower seedlings grown from space-flown seeds to schools and universities to take part in experiments under the Asian Herb Project. 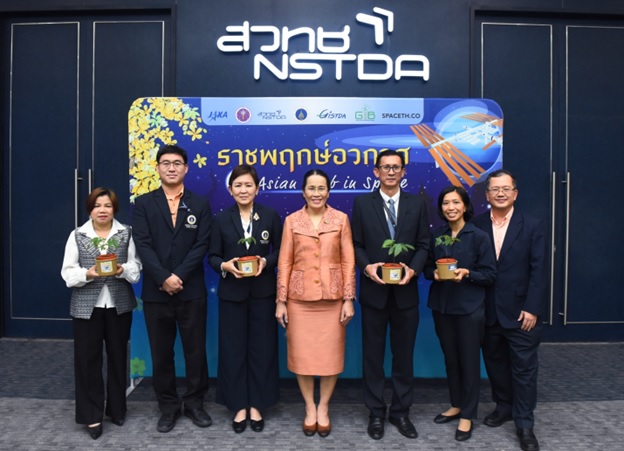 Asian Herb in Space is a project of the Space Seeds for Asian Future program (SSAF) created by Japan Aerospace Exploration Agency (JAXA), aiming to provide students and young researchers in the Asia-Pacific region with an opportunity to learn about space biology. The project consists of two missions, a space growth mission and a space travel seed mission.  The first mission is to study the effects of microgravity on growth of basil plant and participating students and researchers grow the basil seeds provided by JAXA as ground control experiment. In the second mission, space-flown herb seeds are studied.

Partnering with NSTDA to execute this educational project in Thailand are Mahidol University, the Geo-Informatics and Space Technology Development Agency (GISTDA), Green Innovative Biotechnology Company Limited and SPACETH.CO. In the second mission, golden flower was chosen not only because of its medicinal benefit, but also for its representation as Thailand’s national flower.

NSTDA Executive Vice President Dr. Chularat Tanprasert revealed that 360 golden shower seeds from Thailand, along with seeds submitted by other Asia-Pacific countries, were sent to the International Space Station (ISS) in December 2020. Thailand’s golden shower seeds were stored in the Japanese Experiment Module Kibo for seven months, before returning to earth on 10 July 2021. The returned seeds were grown at the greenhouse by Mahidol University to produce seedlings for distribution to participating schools, universities and research institute for educational and research purposes. 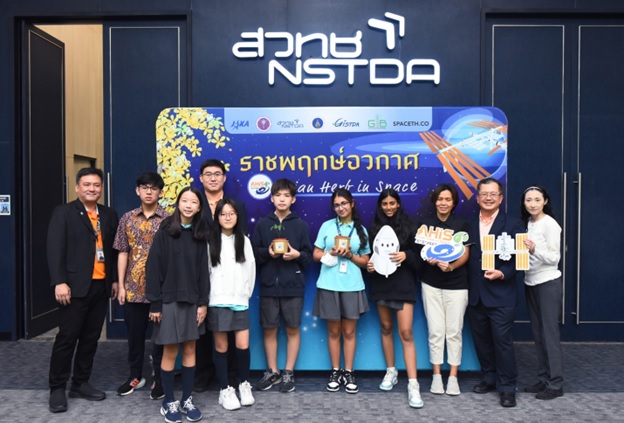