Scientists at NANOTEC-NSTDA successfully developed Peroxide Test Strip to detect hydrogen peroxide in raw milk. Hydrogen peroxide is among common milk adulteration and its presence in raw milk has negative effect in the downstream processing, resulting in an estimated loss of THB 20,000 per ton of raw milk. The project was conceived under the collaboration between NANOTEC-NSTDA and the Dairy Farming Promotion Organization of Thailand (DPO) to create a low-cost and simple solution for detecting hydrogen peroxide contamination in raw milk to be employed at DPO’s milk collection centers located throughout the country. 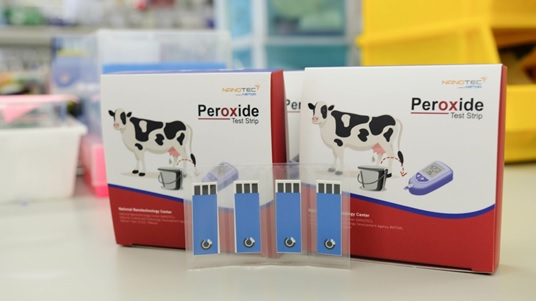 Developed under the leadership of Dr. Kullavadee Karn-orachai, the peroxide test strip can detect the presence of hydrogen peroxide and measure the concentration when used with a portable reader. The electrochemical-based test is sensitive, rapid and low-cost. Since the test is free of biomaterials, its storage stability is enhanced.

Dr. Kullavadee plans to validate this test against the standard method and compare its performance to other technologies. The platform developed by this project can be applied to design detection tests for other contaminants or for detecting hydrogen peroxide contamination in other food products. 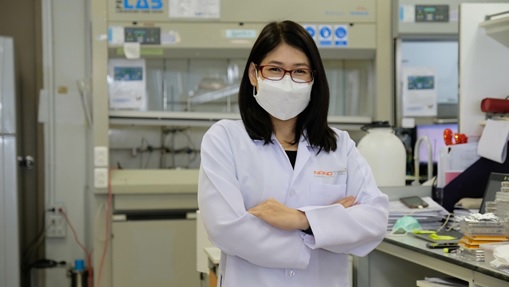