Thai farmed shrimp production is approximately 400,000 tons/year, worth around 100 billion THB and accounted for 8.15% of the global market. However, the Thai shrimp industry is threatened by disease outbreaks which can cause as much as 60% loss of the domestic production, and viral diseases represent the major threat. 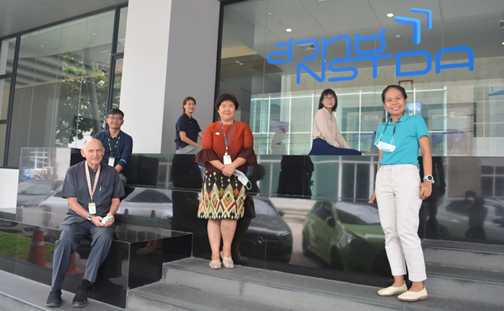 In their study, the team demonstrated that shrimp respond to viral infection by producing circular viral copies DNA (cvcDNA) from viral RNA and these cvcDNAs can inhibit the replication of virus in uninfected shrimp. This result presents a strategy for the production of shrimp vaccine. 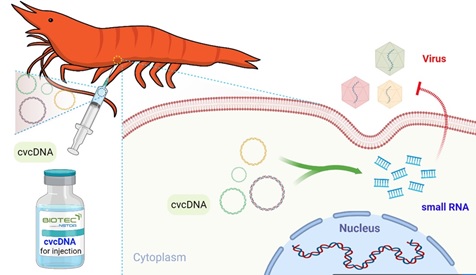 The same study also led to a breakthrough discovery that shrimp can also produce cvcDNAs from endogenous viral elements (EVEs) in the shrimp genome. More importantly, since these EVEs can be passed to offspring according to the principles of Mendelian inheritance, the research team is planning to further explore the exploitation of this new knowledge such as the development of shrimp with protective EVE or the injection of protective EVE into the ovaries of adult shrimp, for instance.