On 29 September 2020, a consortium of academic institutes, public and private enterprises met with Prime Minister General Prayut Chan-o-cha and members of the Cabinet at the Government House to present the progress of City Transit E-buses Project. 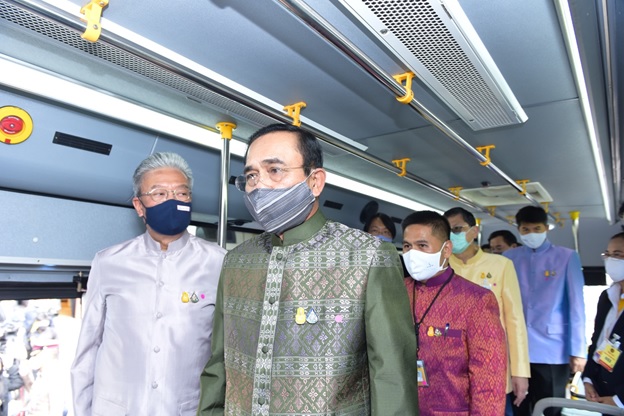 In addition to the E-bus prototype, the consortium has built a test track at KMUTNB Prachinburi Campus for evaluating the performance of E-buses under flooding conditions and is preparing an E-bus cost-analysis report to be presented to the Cabinet and relevant agencies.

NSTDA researchers at MTEC and NECTEC have provided technical assistance and consultation to the four companies throughout the process of prototype design and construction. The team has also built two charging stations for use during the test drive and is planning the performance evaluation of these prototypes.