With the production of over 4 million tons/year, Thailand is the world’s largest producer and exporter of natural rubber. Rubber industry involves vast players, ranging from rubber farmers, to latex processors and manufacturers of rubber products. Nevertheless, only small fraction of the rubber produces in country is used domestically. Many opportunities exist for expanding the production of value-added products utilizing natural rubber.

One of MTEC-NSTDA’s research agendas is the development of innovations and solutions for rubber industry, encompassing the midstream and downstream as well as quality standards. Its recent success is an innovative latex concentrate called ParaFIT designed specifically for manufacturing pillow and mattress. The processing technology developed by MTEC yields ultra-low ammonia latex concentrate, ParaFIT, which can be processed into latex foam for pillows and mattresses. While commercial latex concentrate normally requires a 21-day maturation time, ParaFIT only takes 3 days due to lower level of ammonia. Less ammonia content also creates a better working environment for workers inside the processing plant and the surrounding communities, as ammonia has a pungent odor. In addition, ParaFIT also contains less amount of zinc oxide (ZnO) and tetramethylthiuram disulphide (TMTD) than commercial latex concentrate. ZnO releases heavy metal causing damage to the environment; whereas TMTD is a precursor of carcinogenic nitrosamines. ParaFIT is therefore a safer material to both human and the environment. The material has been tested and its specifications meet both TIS 980-2552 and ISO 2004-2017, the national and international standards for natural latex concentrate, respectively. 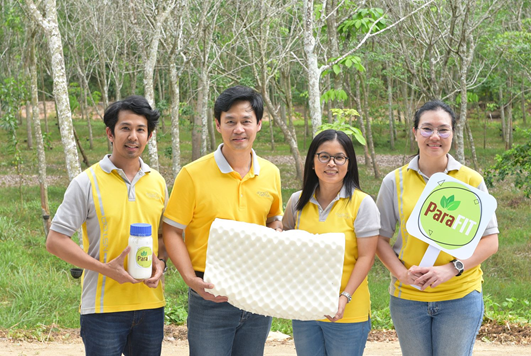 Situated in the southern part of Thailand, Phatthalung province has a rubber plantation area of 1 million rai (160,000 ha) among its 1.5 million rai (240,000 ha) agricultural land. Value-added products from natural rubber are identified as solutions to unstable latex price faced by rubber farmers. Ban Phraek Ha Agricultural Cooperative in Phatthalung therefore established a factory to manufacture para rubber pillows and mattresses in early 2017, with funding obtained from the government. In the beginning, the cooperative used latex concentrate purchased from a supplier as the raw material. After acquiring the training from MTEC on the processing of ParaFIT, the cooperative started purchasing field latex from its members from mid-2017, enabling a complete production process from field latex into finishing products. As a result of this significant reduction in maturation time, the cooperative can save 3-6 million baht in working capital for each production batch and minimize the latex spoilage. 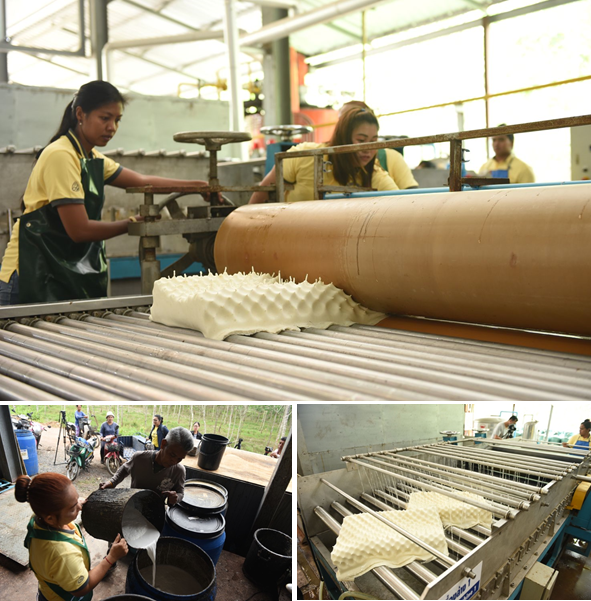 Ban Phraek Ha Agricultural Cooperative now manufactures pillows and mattresses under its own brand name “Talung Latex” and is currently the largest manufacturer of para rubber pillow/mattress in Phatthalung. This para rubber pillow manufacturing has generated income and jobs to over 100 families. The field latex is supplied by rubber farmers in three subdistricts - Phraek Ha, Na Khayat and Chumphon - covering 3,000 rai (480 ha) rubber plantation. At present, the factory purchases 2 tons of field latex/day but this number is expected to reach 8 tons/day in the future.