Dr. Theerayut Toojinda, BIOTEC senior researcher was named a recipient to the 2014 ASEAN Meritorious Service Award (AMSA) in recognition for his significant contribution to the development and application of science and technology in the ASEAN region. The award presentation ceremony was organized on 25 August 2014 in conjunction with the 9th ASEAN Science and Technology Week held in Bogor, West Java, Indonesia on 18 – 27 August 2014.

Dr. Theerayut Toojinda works at the Rice Gene Discovery Unit, a joint laboratory between BIOTEC and Kasetsart University.  He is the best known rice breeder in the Greater Mekong Sub-region (GMS), particularly Thailand, Laos, Cambodia and Myanmar. His research is centered on the use of marker aided selection (MAS) to improve the effectiveness and precision of conventional rice breeding with the goal to improve tolerance to unfavorable environmental conditions and resistance to pests and diseases. The implementation of MAS for the current rice breeding program in the Mekong region has been carried out through a comprehensive hands-on training program and sharing of genomic information (genetic data for several traits and the molecular markers for several genes) and research facilities. The project obtained funding from several international organizations such as the Generation Challenge Programme (GCP) and the Rockefeller Foundation. Various rice varieties with improved traits were developed through this project such as Myanmar MK-75 (basmati cooking quality and bacterial leaf blight resistance), Cambodian CAR3 (drought tolerance and Phakalamdaul cooking quality), Lao glutinous TDK1 (Aroma, submergence tolerance and blast resistance) and Thai IR57514 (submergence and drought tolerance and blast-resistant jasmine rice) and flourish on farmland in each respective country. 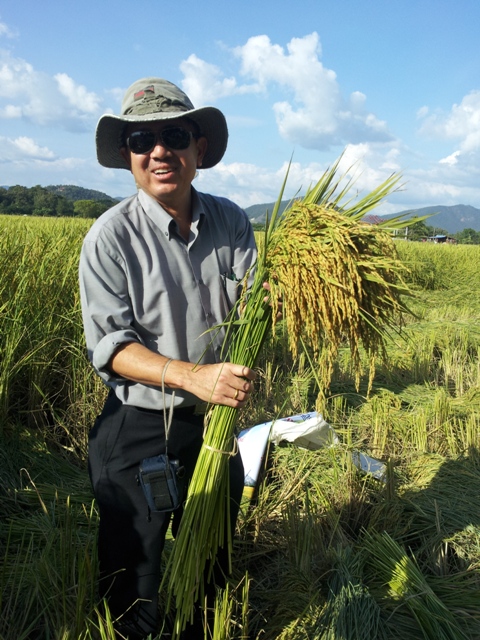 The ASEAN Meritorious Service Award (AMSA) is part of the ASEAN Science and Technology Awards. It is given to ASEAN senior officials and administrators who previously served or currently involved in promotion and development of regional S&T cooperation, and upgrading of the regional S&T capabilities.