Dr. Taridaporn Buajarern from Bioresources Technology Unit and Dr. Jittima Piriyapongsa from Genome Institute were named recipients to L'Oréal Thailand “For Women in Science” Fellowships in 2013.

Dr. Taridaporn was awarded in the field of chemistry for her research on “Exploration of bioactive compounds from Thai microorganisms” for further utilization in drug discovery process, or in agricultural area such as agrochemical development. The research includes careful selection/evaluation of the microorganisms and cultivation under optimal fermentation conditions. Compounds produced by microorganisms are extracted and purified. The isolated pure compounds are structurally elucidated and evaluated for their in vitro biological activities. Results from her previous study led to the discovery of several novel bioactive secondary metabolites, such as ramiferin and isariotin F. Ramiferin, isolated from the fungus Kionochaeta ramifera BCC 7585 collected from Khao Yai National Park, exhibited in vitro anti-malarial and anti-tuberculosis activities. Isariotin F, isolated from the fungus Isaria tenuipes BCC 12625, collected from Huai Kha Khaeng Wildlife Sanctuary, displayed in vitro anti-malarial, anti-tuberculosis, and anti-fungal activities.

In the field of life science, Dr. Jittima are recognized for her work on “Application of bioinformatics techniques for studying a novel microRNA regulatory mechanism through promoter targeting” focusing on the construction of an open-access web-based database to study on how microRNAs control gene expression through promoter recognition. A computational method was used to identify all putative target sites in human promoter sequences based on the prediction rules created from the previously reported experimental information. This database, called microPIR (microRNA-Promoter Interaction Resource), is now freely available at http://www4a.biotec.or.th/micropir/. The microPIR database can provide insights into currently uncharacterized mechanisms for some diseases and the development of a novel therapeutic technique for various diseases such as cancer through controlling the expression of disease-associated target genes. 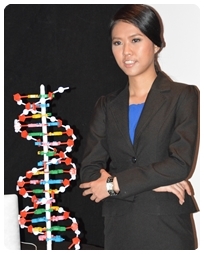 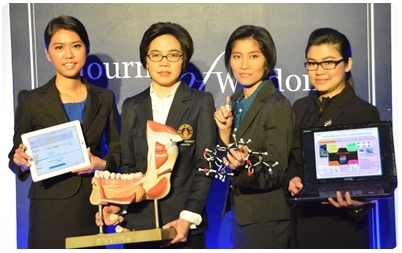 “For Women in Science” is a joint program created and supported by L'Oréal and UNESCO to promote eminent women in science recognized for both life and physical sciences.