On 4 October 2018, an MOU signing ceremony between NANOTEC, one of NSTDA’s four research center, and seven universities in Thailand was held at Amari Watergate Hotel in Bangkok. The MOU signifies a collaboration between NANOTEC and universities to implement a Research Network Nanotechnology (RNN) program

in order to strengthen R&D in nanotechnology and develop innovations that will create value to the economy and society. Seven universities in RNN are: 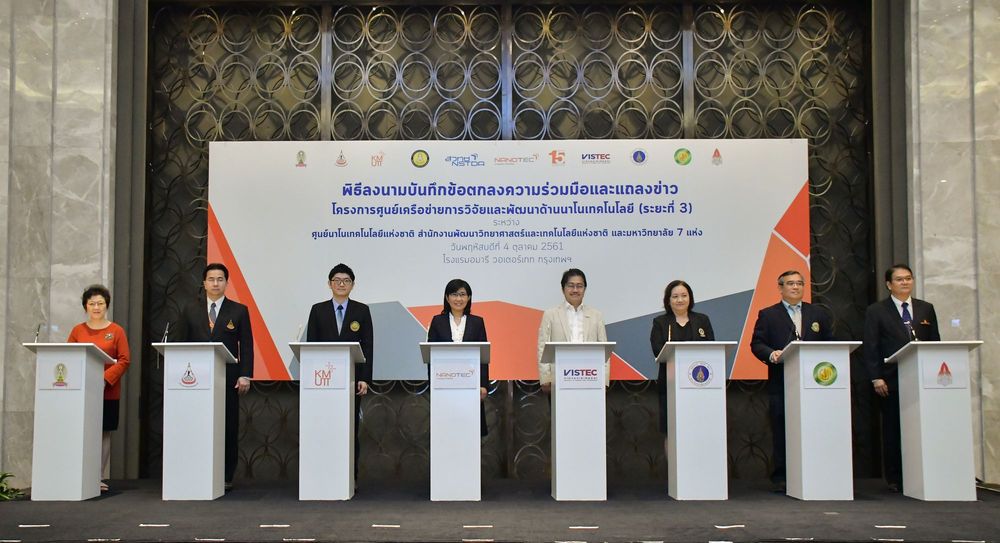 According to Dr. Wannee Chinsirikul, NANOTEC Executive Director, RNN was launched in 2006, with eight research laboratories in eight universities. Phase I of RNN, from 2006-2011, was a success, resulting in over 400 publications and supporting over 700 graduate students. In phase II (2011-2017), RNN was joined by nine research labs from eight universities and were able to generate more than 500 publications, 200 graduate students and 40 patents. Research achievements included the industrial application of titanium dioxide as photocatalyst and the formulation of antiseptic povidone iodine.

In this current phase III, RNN aims to deliver applications of nanotechnology in five areas: health and medicine, environment, food and agriculture, metrology and standardization, and energy. Collaborative projects include the development of following innovations: portable sensors to detect heavy metals and contaminants, smart system for agriculture, wastewater treatment system, and supercapacitor. Phase III of RNN is expected to create an impact of 1200 million baht. 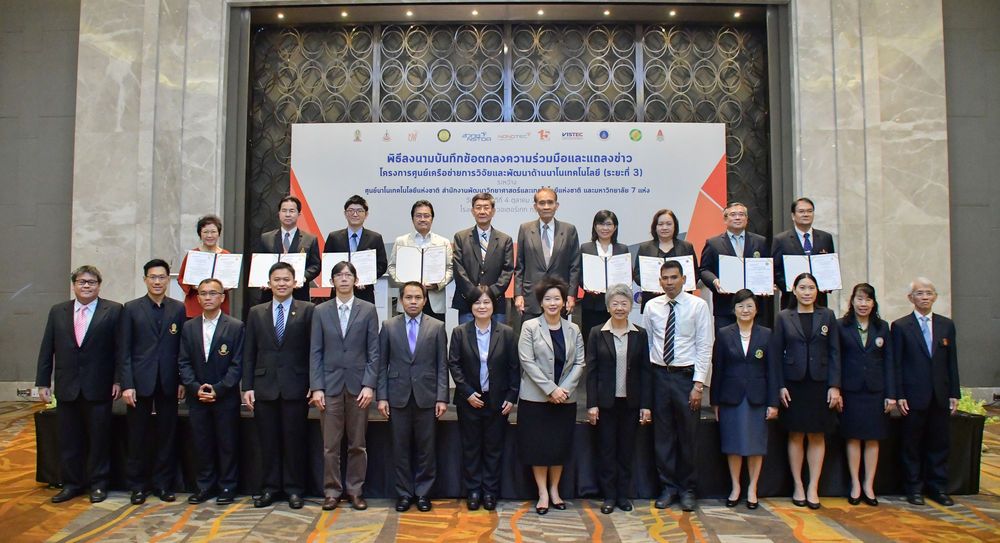