BIOTEC-NSTDA recently introduced a new fragrant glutinous rice named Nan59. The new variety was developed from dwarf RD6 resistant to blast and bacterial blight diseases, which was also developed by BIOTEC and has already gained popularity among farmers in the north and northeast of Thailand. The new variety has a broad-

spectrum disease resistance and fragrance, while maintaining a sturdy and short form and high yield of the original variety.  The short and sturdy form makes it easy to be harvested by a machine, thus solving the problems associated with high cost and shortage of labor.

According to Dr. Somvong Tragoonrung, BIOTEC Executive Director, the Rice Gene Discovery Laboratory, a joint lab between BIOTEC and Kasetsart University, was established with a prime objective to utilize biotechnology as a tool for making improvements in Thai rice. The laboratory mainly employs marker-assisted selection technique in the rice breeding program and has steadily developed capacity and manpower in genomic research, bioinformatics and rice breeding, with the ultimate goal of creating sustainable rice production and enhancing the competitiveness of rice industry in Thailand by developing novel varieties with superb cooking quality, resistance to pests and diseases, as well as tolerance to unfavorable environmental conditions such as flood, drought and saline soil. Over the past 15 years, the laboratory has introduced a number of new varieties such as flash flood-tolerant Homcholasit, flash flood-tolerant RD51, blast-resistant RD18, blast-resistant glutinous Thanyasirin and dwarf RD6 with resistance to blast and bacterial blight diseases. The success in developing these new varieties is credited to the strong collaboration with the Rice Department and several universities, as well as the engagement of rice farmers in the Participatory Variety Selection (PVS) program and producing quality rice seeds for long-term sustainability of rice farmer in the community. 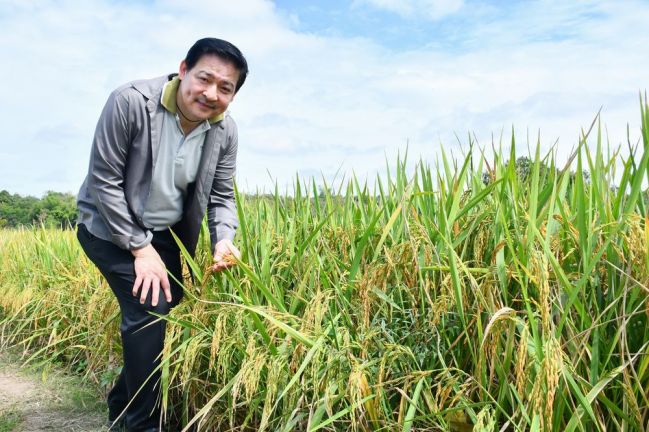 The collaboration between BIOTEC and rice farmers in Nan province originated from the blast outbreak in Nan, resulting in an urgent need for blast-resistant varieties. BIOTEC presented farmers in Nan with 25 varieties of blast-resistant glutinous rice, which were planted and evaluated by farmers and eventually resulted in Thanyasirin variety, whose name was bestowed by Princess Sirindhorn. Later, the dwarf RD6 with resistance to blast and bacterial blight diseases was first introduced to farmers in Nan along with the campaign to promote seed production. The variety quickly gained popularity in the north and northeast of Thailand due to its high yield, disease resistance and sturdy form.

In 2016, farmer participatory variety selection trials were performed in Nan on 20 varieties of dwarf RD6 resistant to blast and bacterial blight diseases obtained from BIOTEC. This effort has led to the new variety, Nan59. Field Day was then organized to showcase this new variety to farmers from neighboring districts and provinces, provincial authorities, community leaders and seed buyers. 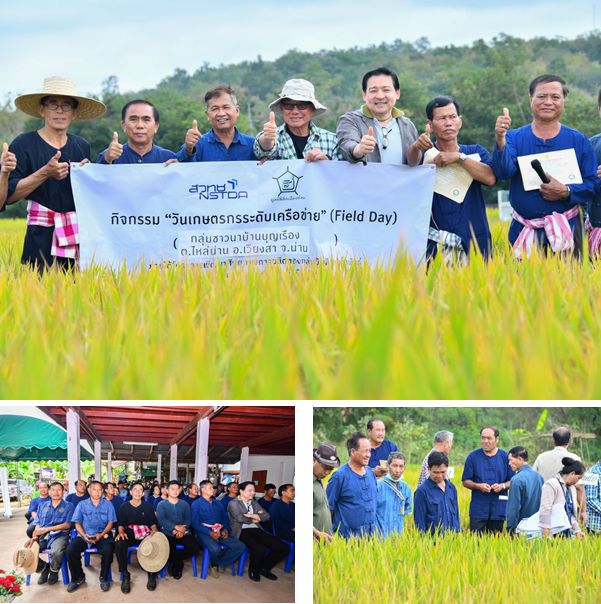 Dr. Boonrat Jongdee, Team Leader of NSTDA-funded project to build up capacity of seed producers in Thailand, explained that Nan59 was developed from dwarf RD6 with resistance to blast and bacterial blight diseases to have a broad-spectrum disease resistance and fragrance, while maintaining sturdy and short form and high yield of the original variety. It can resist as many as 11 out of 13 bacterial strains causing blight disease. The rice plant is 110-cm tall and has a short and sturdy form, enabling resistance to strong wind and machine harvesting. It gives an average yield of 3.75-4.37 tons/ha (600-700 kg/rai) and the yield can reach as high as 6.25 tons/ha (1000 kg/rai) in the fertile land. The cooking quality is comparable to that of RD6, which is well known for its soft grain when cooked.