Dr. Sissades Tongsima was honored for his work on "Genome Wide Association Study Computational Workflow for Identification of Genetic Markers Associated with Common Complex Diseases". He has developed the computational workflow composing of two novel algorithms: 1) an unsupervised clustering algorithm, called iterative pruning Principal Component Analysis (ipPCA), which can identify population structure and group individuals according to their corresponding genetic profiles and 2) a statistical epistatic-based association technique that can explore all combinations of genetic marker pairs potentially associated with the disease. These two techniques could enrich biological insights from the Genome-wideassociation study (GWAS) data, and thus lead to greater social and economic benefits.

Dr. Jittima Piriyapongsa won the 2015 TRF-OHEC-Scopus Young Researcher Award for her work on "Application of Bioinformatics for Studying MicroRNA Gene Regulation and Human Diseases". Her research focuses on applying bioinformatics techniques to facilitate biological research and discovery in the areas of human gene regulation and diseases. This led to the construction of the first integrated database of microRNA-promoter interactions in the human genome, called microPIR (microRNA-Promoter Interaction Resource). The microPIR database is a valuable resource which can provide insights into currently uncharacterized mechanisms for some diseases and the development of a novel therapeutic technique for various diseases such as cancer through controlling the expression of disease-associated target genes. The customizable filtering tool assists scientists to identify good target candidates that fit with their interest, thus saving tremendous amount of time and expenses and facilitating the success of experimental validation. The database is freely available at http://www4a.biotec.or.th/micropir. More than one hundred researchers from various countries have requested the download of large-scale data for applying in different research projects. Recently, microPIR database version 2 was established to provide an advanced human-mouse comparative tool for the study of evolutionary conservation of microRNA-promoter interactions. 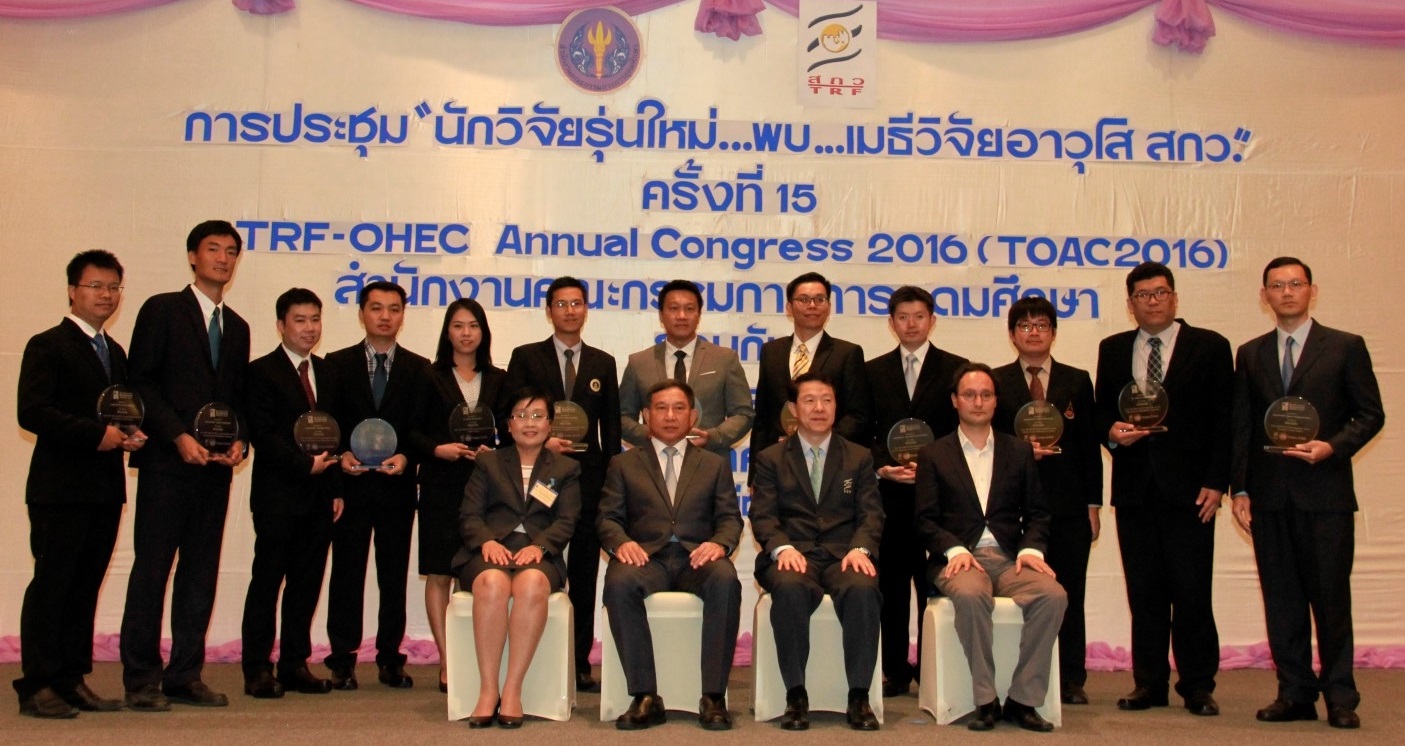 TRF-OHEC-Scopus Researcher Awards and Young Researcher Awards were established by the Thailand Research Fund (TRF), Office of the Higher Education Commission (OHEC) and Elsevier in 2009. These awards are presented annually to recognize the outstanding and exemplary new researchers and mid-career researchers who have received grants from TRF and OHEC in the fields of Life Sciences and Agricultural Sciences, Chemical and Pharmaceutical Sciences (including Chemical Engineering), Engineering and Multidisciplinary Technology, Health Sciences, Physical Sciences (including Mathematics and Physics) and Humanities and Social Sciences.