Genetically Modified Microorganisms (GMMs) have been utilized to produce specially designed products mostly in the industrial scale from pharmaceutical and medical equipment industry, food industry, to biotechnology industry. Since GMMs have been used in wide range of industries, the guidelines on biosafety techniques for use 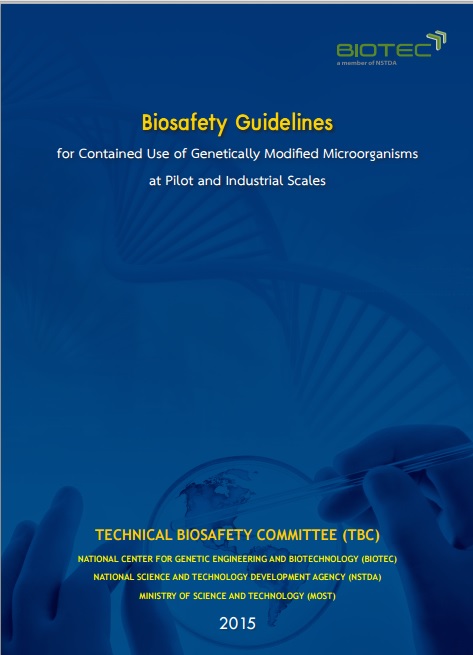 A Thai version of "Biosafety Guidelines for Contained Use of Genetically Modified Microorganisms at Pilot and Industrial Scales" launched in 2004 by the Technical Biosafety Committee (TBC) to ensure the safety of operator as well as human and environment on using GMMs. The guidelines have been regularly updates with most recent information and technology. This year, an English version is released for foreign organizations and institutions involved in GMM work at pilot and industrial scales in Thailand.

The Guidelines cover the use of GMMs in containment at pilot and industrial scales according to GMM classification, together with suggested containment levels, GMM waste management, transport, possession, emergency plans and the responsibilities of personnel associated with GMM work.