Ophiocordyceps unilateralis is referred to as a zombie ant fungus because it causes the infected host ant to climb into vegetation, bite vegetal materials then hang themselves upside down until death. The biology of O. unilateralis still has much to be discovered and the genome sequencing of this species will help gain an insight. 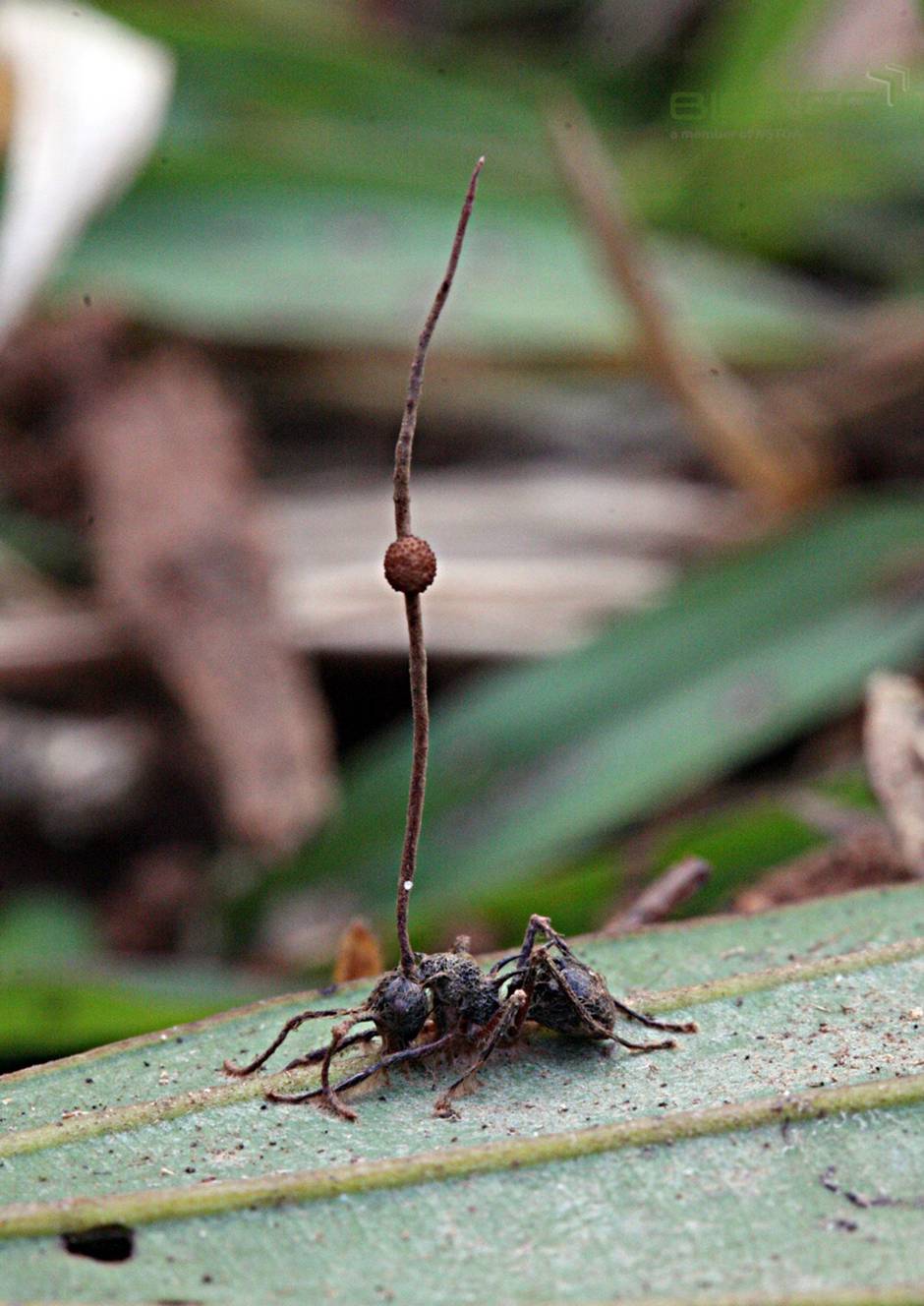 BIOTEC researchers reported a draft genome of O. polyrachis-furcata,a species in the O. unilateralis species complex, which is also a Hypocrealean entomopathogenic fungus. Comparative analyses on genes involved in pathogenicity and virulence between O. polyrhachis-furcata and other fungi were performed. The research team identified genes involved in various steps of pathogenesis, investigated the common attributes of being entomopathogenic and the extent to which the host ranges have shaped their evolution as well as enable the discovery of new biosynthetic pathways.

Full report of this study can be accessed here.