Dr. Nitsara Karoonuthaisiri, Head of BIOTEC Microarray Laboratory for her work in microarray technology, has been honored with the 2011 Young Technologist Award from the Foundation for the Promotion of Science and Technology. 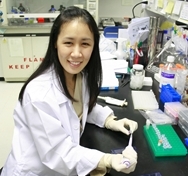 The Foundation for the Promotion of Science and Technology under the Patronage of His Majesty the King announced the winners of “2011 Outstanding & Young Technologist Awards”.  Two Young Technologist Awards were presented to Dr. Nitsara Karoonuthaisiri, Head of BIOTEC Microarray Laboratory for her work in microarray technology and Assist. Prof. Apiniti Jotisankasa from Department of Civil Engineering, Kasetsart University for his achievement in the development of KU- Piezometer and a landslide monitoring system.  Recipients to the two Outstanding Technologist Awards were the research team from Faculty of Medicine Siriraj Hospital for the development of house-dust mite (HDM) vaccine, and Dr. Kriengkrai Suksankraisorn of SCG Cement’s Energy Conservation Program in collaboration with The Joint Graduate School of Energy and Environment ( JGSEE)  for the development of “SCG Fluidized Bed Gasifier”.

Nitsara was recognized for her work in employing microarray technology to study gene expression profiles of various organisms, and to develop diagnostic kits by interfacing microarray technology with biological molecules such as antibodies and DNA.  As Thailand is the world's leading exporter of black tiger shrimp (Penaeus monodon), Nitsara and her team have constructed the first version of cDNA microarray to study the reproduction, nutrigenomics, and stress responses of this economically important animal.  Her team also works on developing DNA microarray as a rapid and simple tool to detect bacteria population in various environment which can be used in Thai agriculture and food export industries. 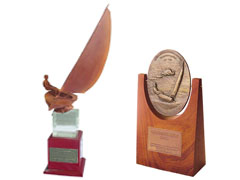 The Foundation for the Promotion of Science and Technology under the Patronage of His Majesty the King was established in 1982 as a non-governmental organization with the aim of promoting the advancement of science and technology in Thailand.  The Foundation has established the Outstanding Technologist Award to recognize Thai researchers with outstanding scientific achievements each year.  It also presents Young Scientist Awards annually to encourage young scientists to perform research work of quality.  Both awards are among the most prestigious awards of their kind within the Thai scientific community.