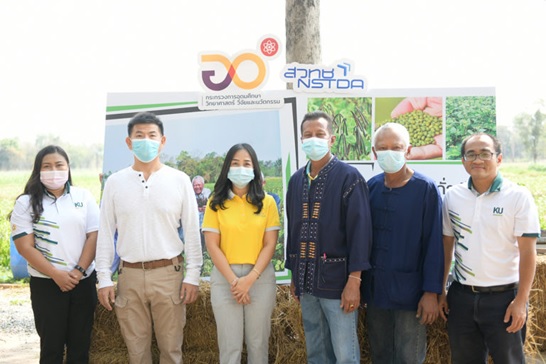 Ms. Viraporn Mongkolchaisit, NSTDA Executive Vice President revealed that in 2019, Thailand produced was 92,472 tons of mung bean, whereas its domestic demand alone was 113,291 tons. There are opportunities for farmers to fill the gap in domestic shortage as well as exporting markets. A strategy that NSTDA took was to support research to develop new and improved mung bean cultivars to a research team at Kasetsart University.  The results were new cultivars, KUML1 to KUML8, with resistance to diseases and the productivity of 200 kg/rai (1.25 tons/ha) - a big improvement from the 115 kg/rai (0.72 kg/rai) of cultivars in use. These new cultivars have been introduced to farmers in several areas, leading to an increase in mung bean supply to processing industry and an income improvement for farmers growing mung bean as a post-rice crop.

AGRITEC-NSTDA and Kasetsart research team have been working with farmers in Ban Don Hwai since 2019, transferring the knowledge and technology concerning mung bean production ranging from seed and grain production, farm management, postharvest and processing. With the new cultivars and knowledge obtained from NSTDA and Kasetsart team, farmers in Ban Don Hwai earned a combined revenue of 6 million THB from mung bean cultivation in 2020. This success led to the establishment of Ban Don Hwai KUML Mung Bean Seed Production Center. The center is fully equipped with facilities and instruments to perform tasks such as seed moisture content measurement, germination test and seed fumigation for insect control to ensure that seed provided by the center is of high quality. The center is a production and distribution hub of KUML mung bean cultivars serving clients including farmers and seed companies. 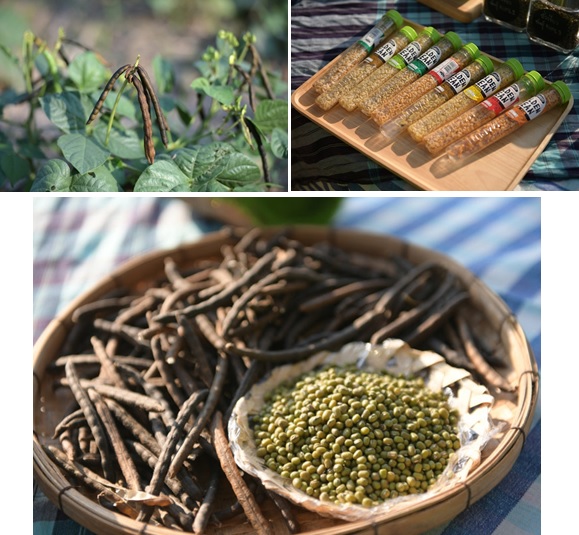