Sigma Aldrich recently launched a new product, Ascochlorin, which has been derived from a fungus found in Thailand called Verticillium hemipterigenum.  Ascochlorin comes from a class of organic chemical compounds called isoprenoids and obtains its name from the fungus Ascochyta.  The product is a result of joint effort amongst various research groups in Thailand. 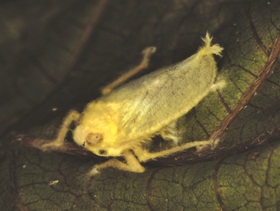 According to BIOTEC Executive Director, Dr. Kanyawim Kirtikara, “BIOTEC has been conducting the surveys and studies of microorganisms since 1993 with the purpose of conservation and sustainable utilization.  Our microbial bank currently houses more than 40,000 microbial strains.”

Microorganisms, including fungi, are an important source of novel compounds and enzymes that can be of great use in major industries such as pharmaceutical, chemical and even agricultural industries.  Many of these organisms are unique to Thailand, underscoring the importance of our forests.

“BIOTEC set up a special Bioresources Technology Unit with the idea of looking at the potential for valuable products, whether in the form of compounds, enzymes or genes, from microorganisms, through highly systematic and efficient research.  Several research teams are involved in the study of microbial utilization, ranging from surveying and identification, preservation, fermentation, bioactive compound screening, enzyme screening and chemistry.  This accomplishment is therefore the product of a concerted effort that various parties should be proud of,” added Dr. Kanyawim.