H.E. Mr. Pirkka Tapiola, Ambassador of the European Union to Thailand, along with Ambassadors and trade attachés from a number of EU member countries, hosted a Roundtable Discussion to explore opportunities to cooperate with the Thai Ministry of Higher Education, Research and Innovation in building a bio-circular-green economy (BCG) for Thailand on 31 January 2020.

Leading the Thai delegation to participate in the event was H.E. Dr. Suvit Maesincee, Minister of Higher Education, Research and Innovation.  The minister was joined by the President of Thailand’s National Science and Technology Development Agency (NSTDA), Dr. Narong Sirilertworakul and a number of NSTDA executives. 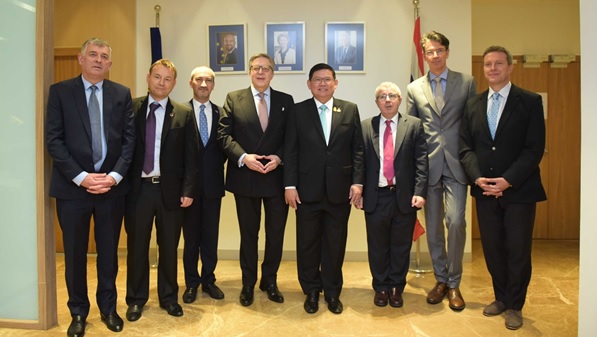 To lead Thailand out of the middle-income trap into a highly developed economy that leaves no one behind, the Thai Government has introduced BCG as its new economic model. BCG includes the production of renewable biological resources and the conversion of these resources and waste streams into value added products, such as food, feed, bio-based products and bioenergy.

The Thai Government expects that by adopting the BCG Model for economic development, Thailand can raise its GDP by one trillion THB within the next five years and support 20 million jobs in the four industrial sectors targeted by BCG - namely Food and Agriculture; Medical and Wellness; Energy, Material and Biochemical; and Tourism and Creative Economy. To achieve this goal, Minister Suvit Maesincee says “new knowledge and technology must be used to add more value to more products from various sectors, including food and beverages manufacturing, medicine, energy, biochemicals and tourism”.

H.E. Mr. Pirkka Tapiola, the Ambassador of the European Union to Thailand highlighted that “The EU has placed the European Green deal at the heart of its policies. It is an opportunity to improve the health and well-being of people by transforming our economic model. We want to cooperate with our partners so that the principles of the green deal can be promoted globally”.

The European Union has already adopted an ambitious Circular Economy package covering the whole cycle: production, consumption, waste management and secondary raw materials, and for the past two years has invested close to 1 Billion Euro (33 billion Thai Baht) into research, innovation as well as financing of projects and initiatives that will support this strategy.

The Roundtable Discussion offered a great opportunity to share the vision and action plans of the Thai Government on BCG and explore win/win collaboration between Thailand and the EU member states in research and innovation to support this BCG movement.

During the event, Minister Suvit Maesincee gave a presentation on BCG model for sustainable development, which was followed by a presentation by NSTDA outlining its research program and infrastructure that support BCG, including the progress of the Eastern Economic Corridor of Innovation (EECi) construction. EECi is a new innovation zone situated on a 1200-acre land adjacent to Eastern Economic Corridor (EEC) to serve as Thailand’s new growth hub. It will house state-of-art essential facilities for bioindustry development such as plant factory, phenomics greenhouse, biorefinery pilot plant as well as advanced infrastructure such as Demo Factory and Industry 4.0 Testbed, 4G (the 4th Generation) Synchrotron Facility, Autonomous Vehicle Testing and Living Laboratory and High Performance Computing Facility to support s-curve industry. 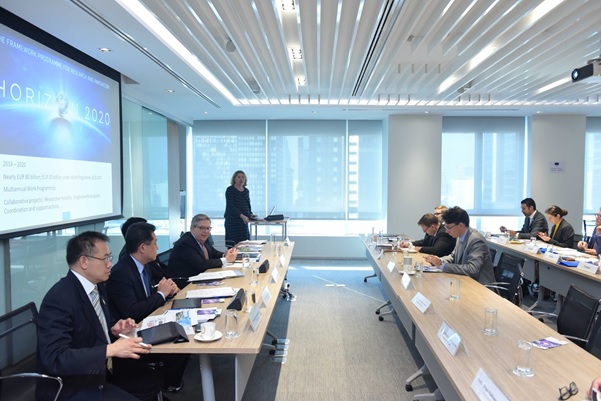 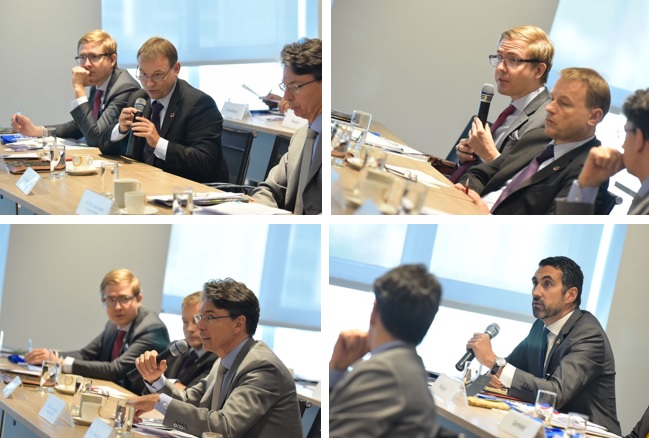 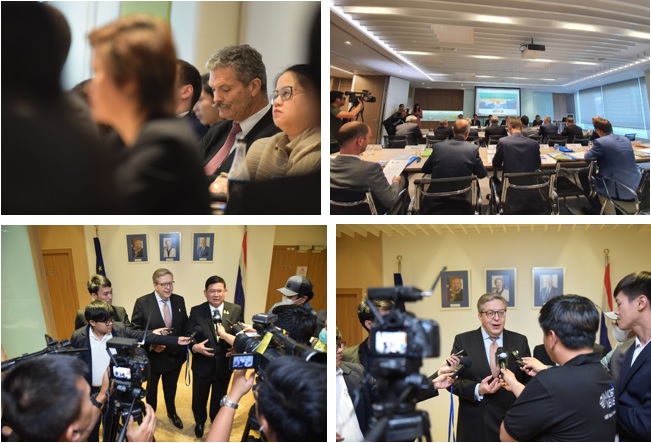