A ceremony was held on 21 September 2020 to hand over the research data of a project to grow a drug target protein in space from the Japan Aerospace Exploration Agency (JAXA) to NSTDA research team. The ceremony was presided over by Prof. Yongyuth Yuthavong, former NSTDA President and former Minister of Science and Technology. In the ceremony, Mr. Ono Atsushi, Director of JAXA Bangkok Office presented the protein crystals and their light scattering data to Dr. Chairat Uthaipibull, Director of BIOTEC Medical Molecular Biotechnology Research Group, as witnessed by Dr. Pakorn Apaphant, Executive Director of Geo-Informatics and Space Technology Development Agency (GISTDA). 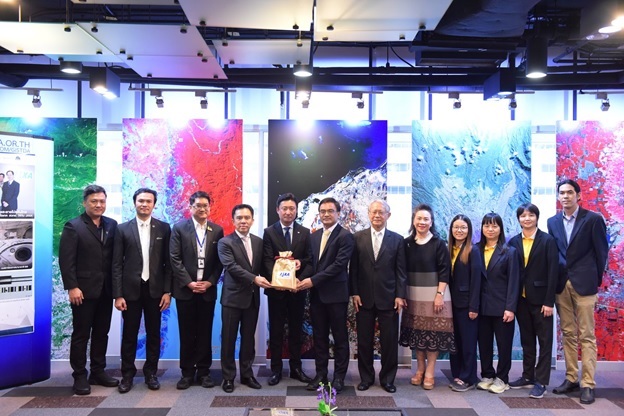 The project is based on BIOTEC-NSTDA’s long-term research program to develop antimalarial drugs to overcome multi-drug resistant malaria with main strategies revolving around rational drug design and the synthesis of new effective antimalarials based on the structures of the drug targets. In this project, the crystallization of a drug target protein was performed under the microgravity environment in the space and the crystals’s light scattering properties were measured by JAXA, whereas the structural analysis will be done by BIOTEC. The knowledge obtained from this experiment will form a basis for designing novel antimalarial drugs. This study is supported by the National Space Exploration (NSE), a program operated by GISTDA. 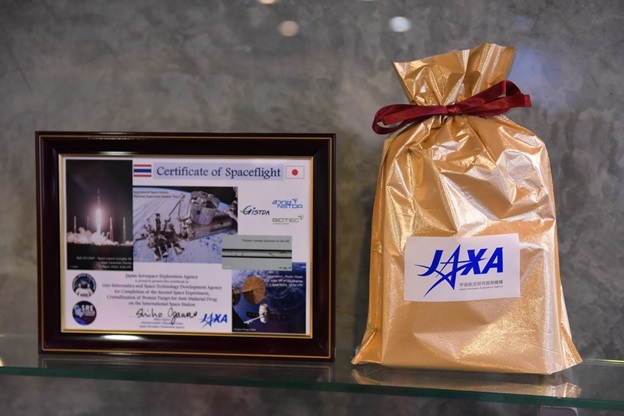