NSTDA hosted a visit of Turkish scientific delegation led by Prof. Hasan Mandal, President of the Scientific and Technological Research Council of Turkey (TÜBİTAK) to Thailand on 21-23 November 2018 for the establishment of NSTDA-TÜBİTAK Scientific Collaboration and the 1st Thai-Turkish Workshop on

Collaborative Research.  This workshop marked the first time the national scientific agencies of both Thailand and Turkey co-organized a comprehensive event for Thai and Turkish scientists to meet and develop research collaboration. 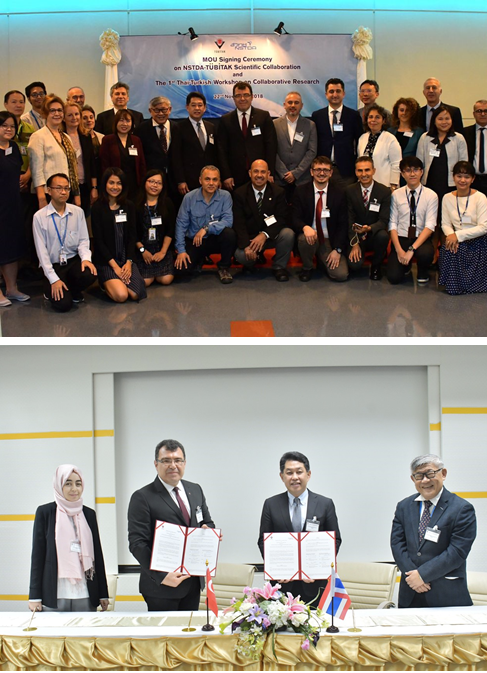 The workshop, held on 22 November 2018, was opened by Dr. Narong Sirilertworakul, NSTDA President and Prof. Hasan Mandal, TÜBİTAK President, with a guest of honor, Mr. Tolga Uncu, First Counsellor of the Embassy of the Republic of Turkey in Bangkok. During the workshop opening, a Memorandum of Understanding was signed by NSTDA and TÜBİTAK presidents aiming to foster collaboration in research, development and innovation between Thailand and Turkey. The 1st Thai-Turkish Workshop focused on three scientific themes: Internet of Things (IoTs), biodiversity and food safety. Sixty researchers from Thailand and Turkey participated in the workshop program which consisted of scientific presentations and group discussion for project formulation. 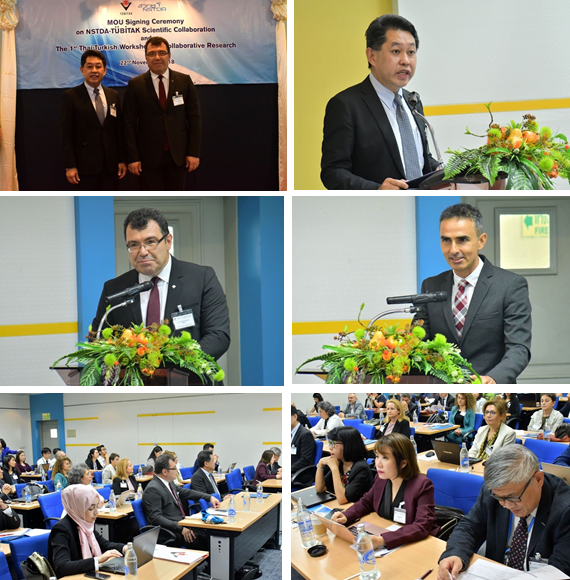 The Turkish delegation had an opportunity to visit research facilities of Thailand Science Park, home of NSTDA headquarters, four NSTDA research centers and over 100 local and international innovative companies.

Additionally, NSTDA and TÜBİTAK presidents held a discussion on mechanisms to sustain the joint research initiatives derived from this workshop. Both parties agreed to set up a joint program to facilitate and support research collaboration between Thai and Turkish scientists.