NSTDA recently became one of the founding members of the Alliance of International Science Organizations (ANSO) in the Belt and Road Region and was elected to join the Governing Board of ANSO. ANSO is an international, non-profit and non-governmental scientific organization, jointly created by the Chinese Academy of 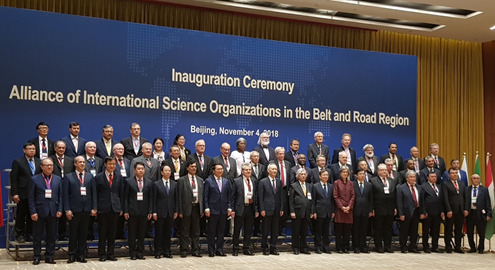 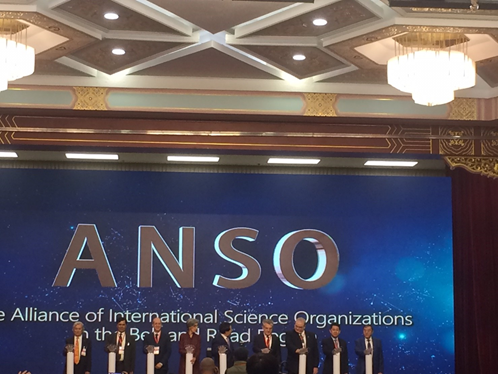 Dr. Narong Sirilertworakul, NSTDA President, led NSTDA delegates to participate in the inauguration of ANSO during 3-5 November 2018 in Beijing, China. ANSO was ceremoniously launched by Vice Premier Lui He who also delivery a congratulatory message sent by Chinese President Xi Jinping. The full inauguration event consisted of various activities, including the 1st ANSO General Assembly, the 1st meeting of ANSO Governing Board and the 2nd International Science Forum of National Scientific Organizations on the Belt and Road Initiative. In the 1st ANSO General Assembly, NSTDA confirmed its status as the founding member and was among the nine organizations making up the ANSO Governing Board. As a member of the ANSO Governing Board, NSTDA will play a key role to push forward initiatives and actions to accomplish the objectives of ANSO.

NSTDA executives also actively participated in the 2nd International Science Forum of National Scientific Organizations on the Belt and Road Initiative. In the session on Innovation and Development, Dr. Narong Sirilertworakul delivered a talk on “Opportunities in Thailand on Science, Technology & Innovation under the Belt and Road Initiative” and participated in the panel discussion on STI Collaboration under the Belt and Road Initiative: Opportunities and Challenges.  In the session on Biodiversity Conservation and Collaboration, Dr. Lily Eurwilaichitr, NSTDA Vice President gave a talk on “Thailand-China Joint Research on Microbial Diversity and Biotechnology” and facilitated a brainstorming workshop on Transregional Collaboration on Biodiversity Conservation.

Also taking place at this event was the announcement of International Advisory Board of CAS Innovation Cooperation Center (Bangkok), the first overseas institution of CAS aiming to promote the transformation of scientific and technological achievements. Dr. Narong Sirilertworakul was among the distinguished expert invited to serve on this board.