Ministry of Science and Technology in partnership with the Information Technology Foundation under the Initiative of Her Royal Highness Princess Maha Chakri Sirindhorn organized a signing of an International Cooperation Agreement (ICA) with CERN, the European Organization for Nuclear Research. The ICA was signed between CERN’s

Director for International Relations, Ms. Charlotte Warakaulle, and the Permanent Secretary of Ministry of Science and Technology Ministry, Dr. Soranit Siltharm, in a ceremony presided over by Her Royal Highness Princess Maha Chakri Sirindhorn at Sra Pathum Palace on 13 September 2018. 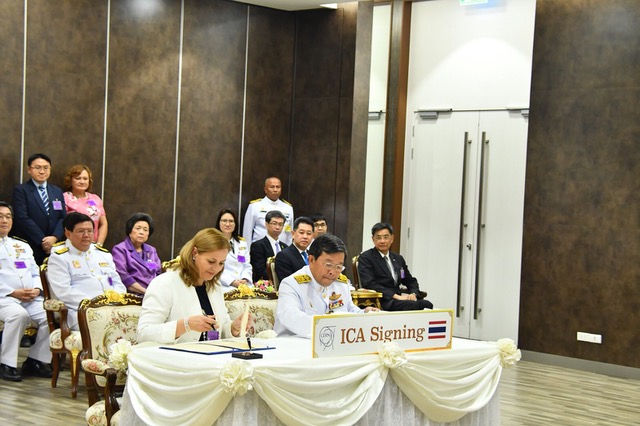 Dr. Suvit Maesincee, Minister of Science and Technology, revealed that the ICA with CERN signed by the science ministry has elevated the cooperation to the national level, as previously there were number of memoranda of understanding for collaboration signed between universities and institutes in Thailand and CERN. Thailand is among 50 governments entering into an ICA with CERN.

This ICA will help build up Thailand’s capacity in fundamental science, offering opportunities to Thai scientist to work with international experts and access to research facility at CERN. The cooperation will also strengthen Thai education through the development of curriculum that will help facilitate science learning. 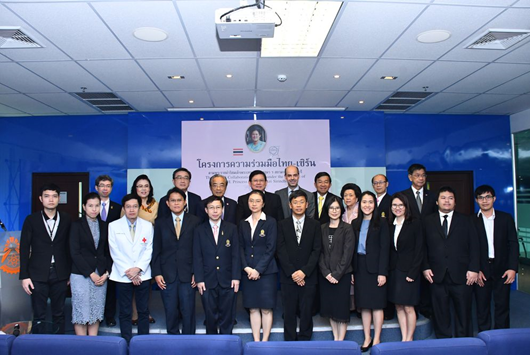 Prof. Pairash Thajchayapong, Secretary-General of the Information Technology Foundation under the Initiative of Her Royal Highness Princess Maha Chakri Sirindhorn, stated that the cooperation with CERN was initiated by Princess Sirindhorn in recognition of the need of Thai research community to advance its fundamental research through collaboration with world-class research institute like CERN. Princess Sirindhorn has led groups of Thai scientists to visit CERN five times since 2000. In 2009, an Expression of Interest, EOI, was signed between Synchrotron Light Research Institute (Public Organization) and CERN to explore an opportunity to send students and physics teachers to CERN Summer Programme, as well as develop research collaboration. The Foundation has provided a framework for 13 Thai universities and government agencies to work with CERN, with a number of active projects.

Prof. Emmanuel Tsesmelis, CERN’s Principal Physicist, said that CERN has developed collaboration with several Thai institutes over the years, including Chulalongkorn University which became a member of CMS experiment in 2012.  In the same year, a group of Thai universities and research institute, consisting of Suranaree University of Technology, King Mongkut’s University of Technology Thonburi, Synchrotron Light Research Institute, Thai Microelectronics Center and NECTEC-NSTDA, joined ALICE experiment. With continuous support of Princess Siridhorn, Thai students and teachers regularly participate in CERN’s Summer Programme. A number of joint workshops have been organized at Chulalongkorn University and Suranaree University of Technology, providing platform for knowledge exchange between students from CERN and Thailand.

The ICA will continue to facilitate the existing collaboration between CERN and Thai agencies, as well as open up opportunities for other new organizations to participate and new projects to be initiated.