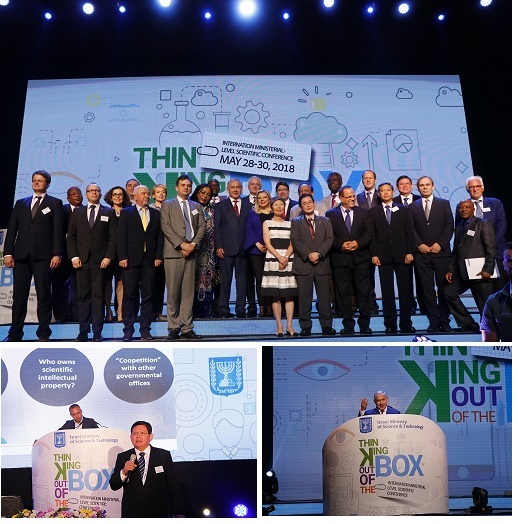 Dr. Suvit Maesincee, Minister of Science and Technology (MOST) visited the Mobileye Company Limited and discussed the Israeli Innovation Authority (IIA), an Israeli government organization that supports SMEs and Startup. On the occasion of Celebrating Seventy Years of Israel Scientific Innovation in the Service of Humanity to create a strong and collaborative network of STI in the country. Powered by Thailand 4.0.

Mobileye Ltd. is a startup company specializing in Advanced Driver Assist Systems (ADAS), developing sensors, mapping, and software for various types of automatic drive vehicles for safe car and reduce road accidents. (Intel Corporation acquired this technology system last year). At the meeting, Thai side was interested in exploring the possibility of collaborating with Mobileye to promote the creation and deployment of Disruptive Technology, Advanced technology) which can change the lifestyle and business and economics. Dual-use Technology (the technology that can serve both military and civilian uses as well as upgrading the city in Thailand into Smart City in three provinces; Phuket, Chonburi, Chiang Mai) follow the Regulatory Sandbox of MOST which aims to promote innovation to accelerate the country's innovation process. Mobileye will send experts to discuss the interests and ways of cooperation with the Thai side by the invitation of the Minister of Science and Technology within this year. 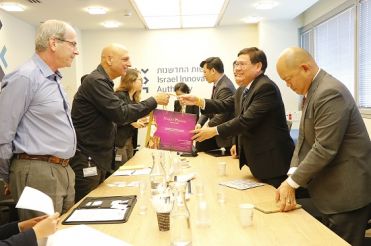 Dr. Suvit also met with Mr. Aharon Aharon, CEO, Israel Innovation Authority (IIA), a key Israeli independent organization responsible for the country's innovation policy. To create an ecosystem that is conducive to the overall development of Israel's economy and innovation.
In the field of cooperation between the IIA and Thailand, IIA is in the process of signing a cooperation agreement with the National Innovation Agency (NIA) to support the cooperation between entrepreneurs and innovative businesses of the two countries. Dr. Suvit is interested in advancing cooperation in the fields of technology, Agriculture, Agri-tech, dual-use technology, and health technology (Medical Tech). The IIA invited Dr. Suvit and teams traveled to cyberspace in November 2018 in Tel Aviv, Israel

Mr. Ofir AKUMIS, Minister of Science and Technology of Israel welcomed all delegations and Prime Minister Benjamin Netanyahu discussed the future of Israel. "S&T will focus on basic science such as Quantum Computing, Data Science, and Quantum Mathematics.  Technology is just half of S&T as part of science. But basic science itself is very important to the future and security of Israel."   They also discussed the topic of “what is a start-up Nations” Dr. Suvit said that Thailand has   evolved to release from the medium income trap and inequality. Regarding to the policy of Thailand 4.0, MOST gave the vital on 3 parts; Innovative Economy, Distributive Economy and   Circular Economy. The main target is Biotechnology; Food/Agriculture, Health, Bioeconomy   and 10 target industries (10 S-curves) which can be develop capacity of country’s competitiveness. MOST also promoted EECI (Eastern Economic Corridor of Innovation), Startup, and Regional Science Parks (Promoting R&D of potential commercial innovations) including cooperation between institutions and private sector as well as Food Innopolis and Innovative Districts.

MOST and the Office of the Higher Education Commission (OHEC), had targeted R&D management and funding agencies to strengthen S&T of the country. This visiting and collaboration meeting were very useful for the development of STI, Startup and Agriculture sector as the role model to be developed and upgraded Thailand’s STI in the future.