University of Science and Technology of China (USTC) is under the jurisdiction of the Chinese Academy of Sciences (CAS). As a key university of the nation, it is noted for its advanced science and high technology programs, unique management studies and well-tailored disciplines in the humanities.

USTC was established in Beijing in September 1958, moved to Hefei City, the capital city of Anhui province, in the early 1970’s, and set up the first graduate school in China in 1978 to effectively cultivate its postgraduate students. Since its very beginning, CAS has adopted a policy of "running the university with resources of the entire CAS and integrating each of its departments with relevant CAS research institutes." It has been one of the first institutions included in China's "985 Program" and "Project 211", and the only university participating in the National Program for Knowledge Innovation. It is one of the C9 League, an association of nine top Chinese universities.

USTC now has 20 schools, 30 departments and several institutes in Hefei, Nanjing, Shanghai, Suzhou, Shenyang and Changchun. It has 8 national key programs of first-level disciplines namely mathematics, physics, chemistry, geophysics, biology, history of science and technology, mechanics, and nuclear science and technology; 4 national key programs of second-level disciplines, 2 programs with major national support, and 18 programs with major provincial and ministerial support. It has 50 national-level and CAS/provincial/ ministerial-level laboratories and research centers, including the National Synchrotron Radiation Laboratory, the Hefei National Laboratory for Physical Sciences at the Microscale, the National Key Laboratory of Fire Science. 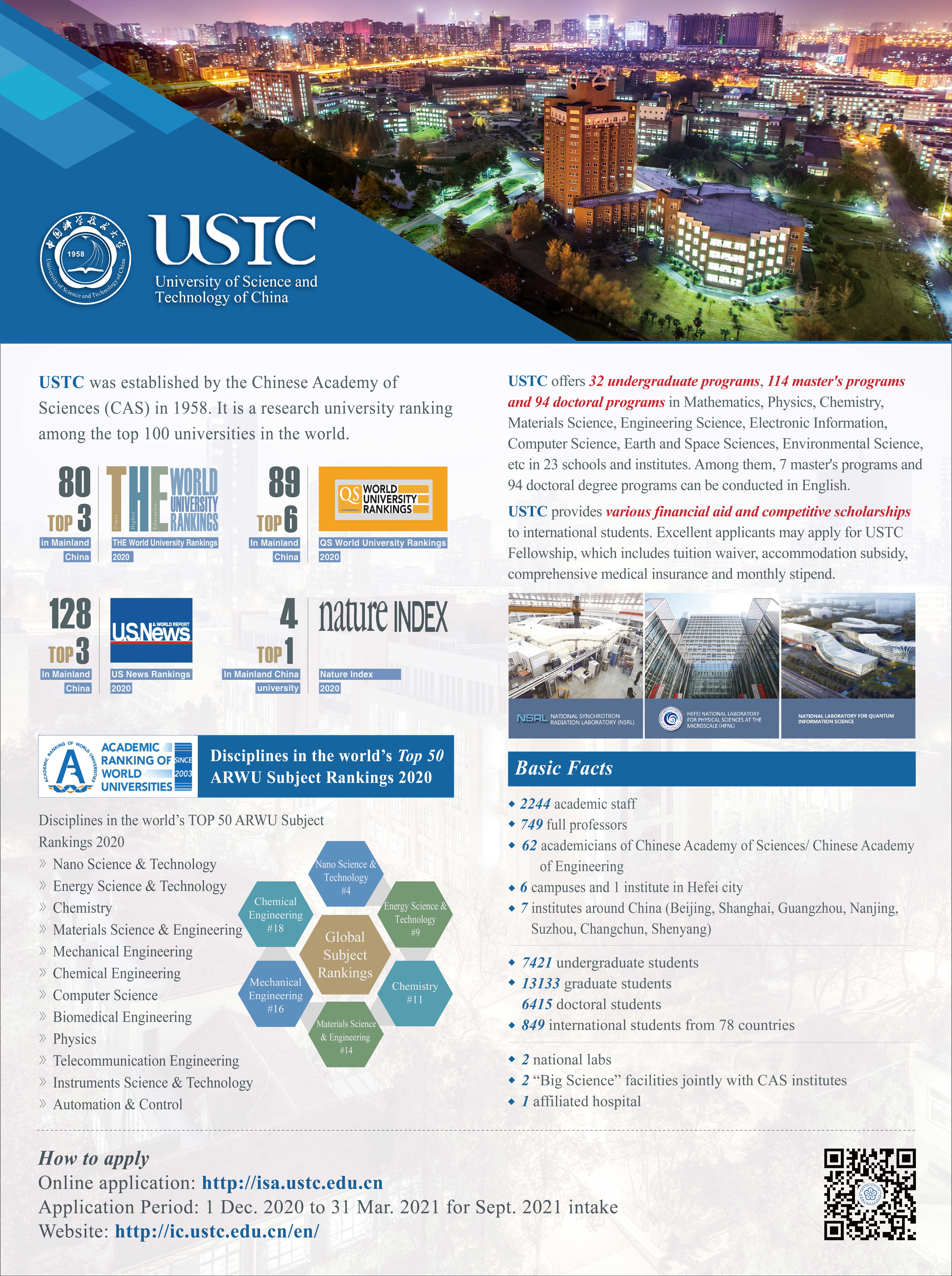 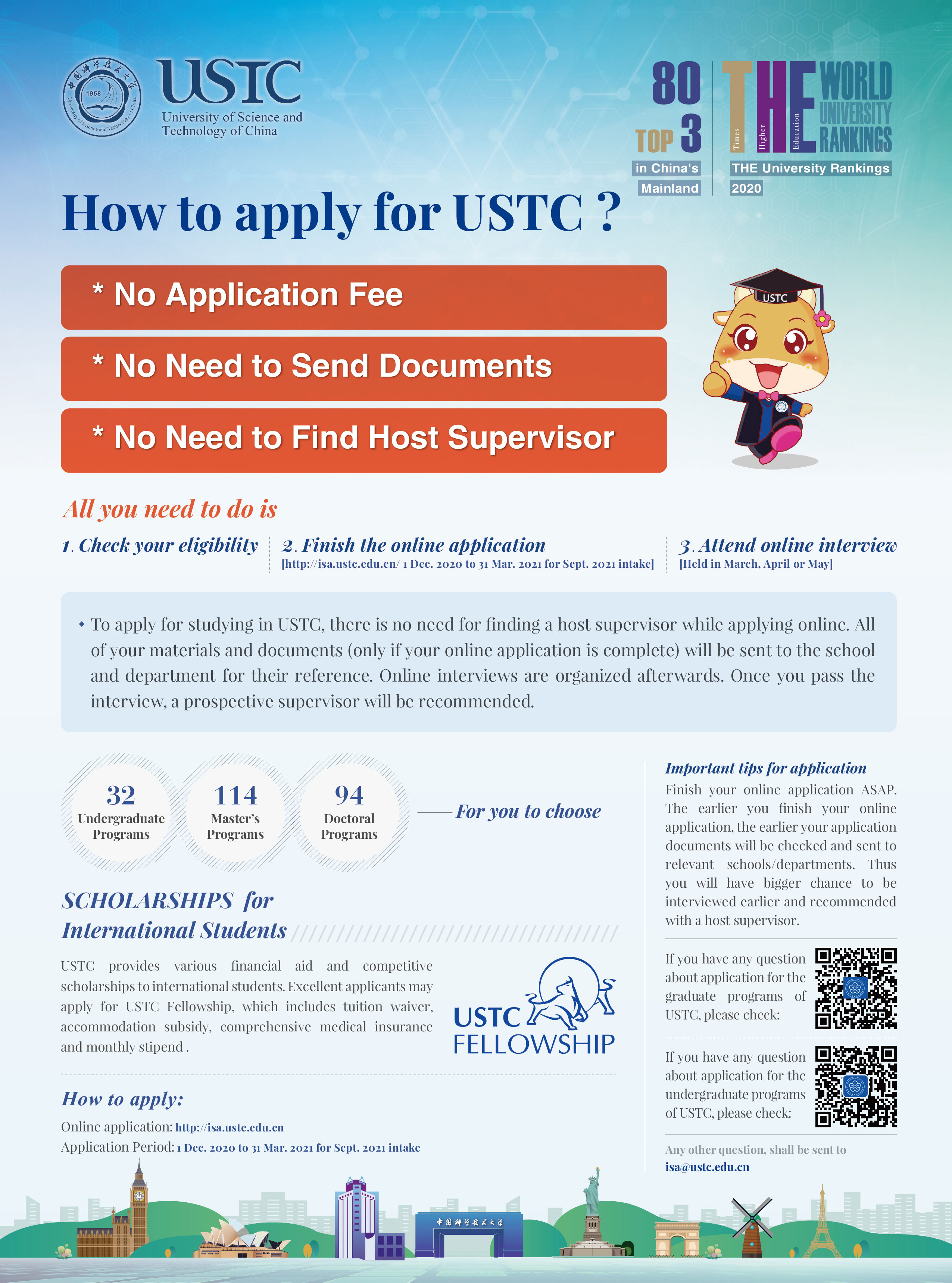