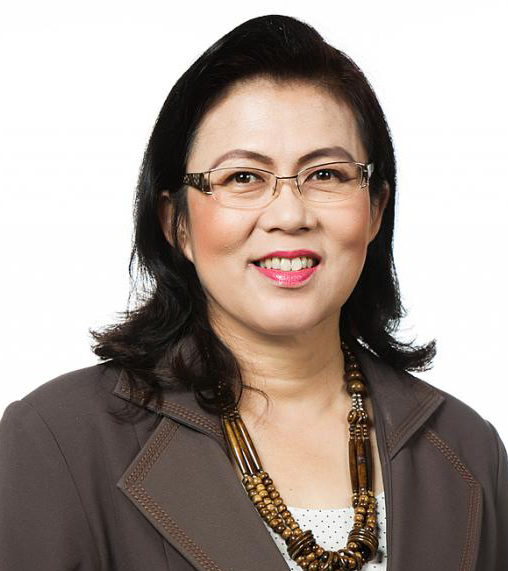 Dr. Chadamas Thuvasethakul obtained her bachelor of Pharmacy degree (first-class honors) from Chulalongkorn University, a master’s degree in the field of Pharmacy Administration, and a Ph.D. in Health Policy and Administration from the University of North Carolina at Chapel Hill, USA.

In 1999, Dr. Thuvasethakul was appointed the director of the National Information Technology Committee Secretariat and later was steadily appointed bigger roles.  Also she was appointed the committee member and secretary of the Executive Committee of the IT Projects under the Initiatives of H.R.H. Princess Maha Chakri Sirindhron.  In 2006, Dr. Thuvasethakul was appointed the deputy executive director of the National Electronics and Computer Technology Center (NECTEC).  She is currently one of the vice presidents of the National Science and Technology Development Agency (NSTDA), overseeing information and policy research.
In addition to her responsibilities as vice president of NSTDA, Dr. Thuvasethakul plays an instrumental role in several agencies such as being a member of various committees under the Thai Health Promotion Foundation; being a member of the Board of Trustees and the Executive Board of the Kenan Institute Asia; and being a member of the committee on Promotion of Learning Society and Quality Youth.

Dr. Thuvasethakul has co-authored several articles on the topic of information technology and computers that have been published in various academic journals, for example “e-Learning and Its Application in Basic Education” published in 2006, and  “Public opinion towards the Implementation of the Smart ID Card” in 2005.