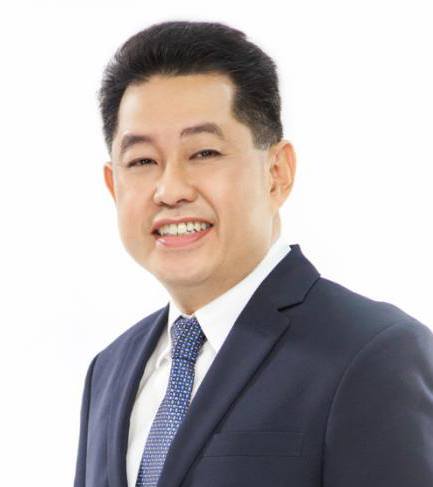 Dr. Narong Sirilertworakul earned his bachelor's degree of engineering in industrial engineering (first-class honors) from King Mongkut’s Institute of Technology Thonburi and was granted a gold medal for academic excellence from the Engineering Institute of Thailand.  He went on to receive a scholarship from the Thai government, allowing him to receive his Ph. D. in manufacturing engineering from the University of Birmingham, UK.  He also completed  a Harvard Business School's Advanced Management Program and a Director Certification Program from the Thai Institute of Directors.

Dr. Sirilertworakul started his career in 1993 as a researcher for the National Metal and Materials Technology Center (MTEC).  In 1997, he was appointed director of the automotive industry quality system program, providing advice on quality system improvement to automotive parts manufacturers.

In 2000, Dr. Sirilertworakul was appointed as Assistant President of the National Science and Technology Development Agency (NSTDA), responsible for various management such as personnel managment, organization development, finances and accounting, and supplies.  Since 2004, he has served as Executive Vice President of NSTDA.  He is also chairman of Microinnovate Co., Ltd. and LearnTech Co., Ltd.

Dr. Sirilertworakul was the person who implemented the ISO 9000 at NSTDA in 1994.  He was also expert in other quality systems, namely the QS 9000 and the ISO/TS 16949.  In addition, he was a member of the working group that set up the Thailand Quality Awards (TQA); a member of the technical sub-committee for the Thailand Quality Awards and has been a TQA assessor since 2004.

Dr. Sirilertworakul has initiated several projects at NSTDA.  For example, he implemented the e-HR system and the Individual Action and Development Plan - IADP in personnel management.  His other initiatives concerned risk management, a campaign on organizational core values and changing the image of the NSTDA.